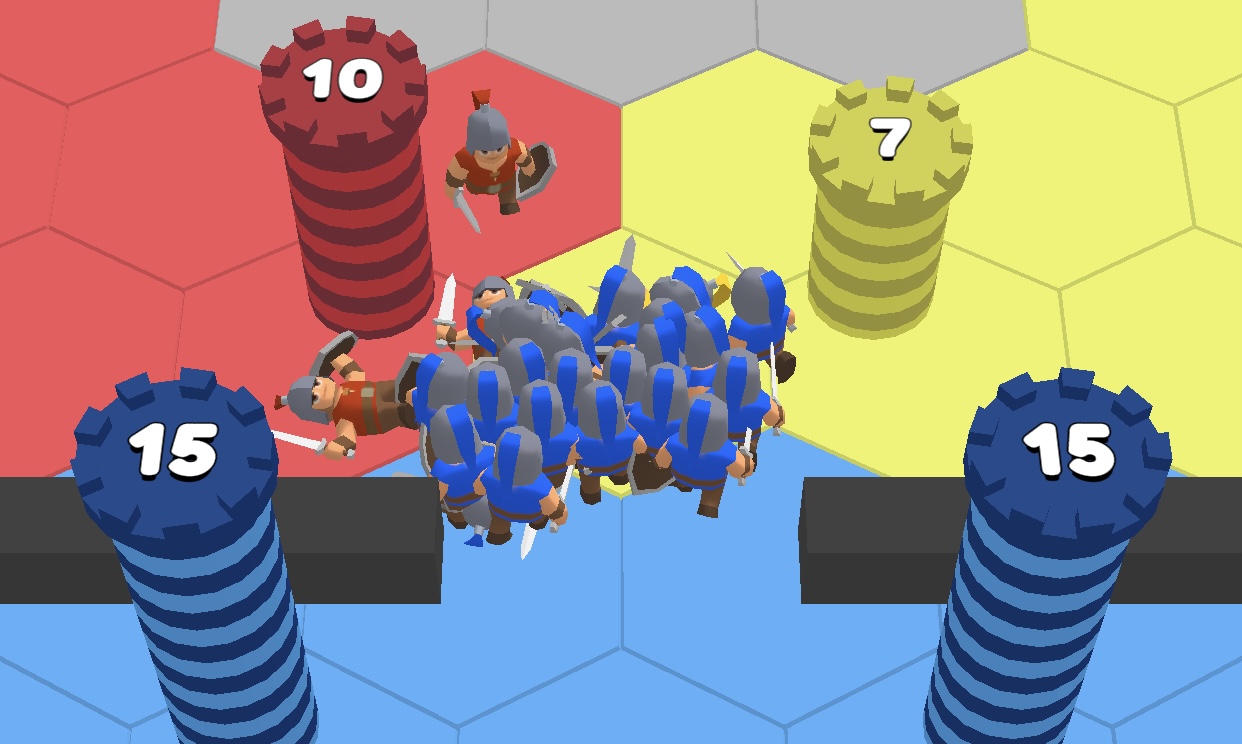 Town Rush is a game about creating an army, conquering towers and so that you are not overwhelmed by enemy forces. Levels are short and sharp, and they don’t allow for mistakes – one mistake can ruin your ambitions before you even know what’s going on.

That’s why we decided to write this guide – we would be very upset to see your ambitions shattered, it would be awful. The strategies presented here are designed to prevent this from happening, and they are created over a long period of time playing in the Town Rush and figuring out what to do.

Just about to attack your first tower? Have you already unlocked and updated some new blocks? Wherever you are in your journey with the game, you will find here something that will take your skills to the next level. And here we go – these are the best tips, tricks and cheats for Town Rush.

Don’t stop adding units if you have gems for it. Once your towers are upgraded to the maximum, accumulate levels of as many units as you can make. They will act as defensive towers and press on nearby enemy towers to destroy them. Usually the country with the most units on the board wins. If you add new territory, you will open shorter paths to the enemy – make sure you use them. You should not just generate units near your original tower, but also spread them far and wide to attack from multiple fronts. When the enemy enters the battle, find a way behind them to wreak havoc.

You must attack the neutral towers early to make sure they do not fall into enemy hands. The balance of power can change dramatically if you don’t, so make sure you deploy units to move and attack the gray towers. Once you’ve changed them to your hue, update them and use them to launch attacks. Going through the levels, you get the opportunity to buy new units. They have different strengths and weaknesses and you can also spend coins to update them. You can only use one at a time, so if you’re having a hard time level, try switching to another unit to get the advantage.