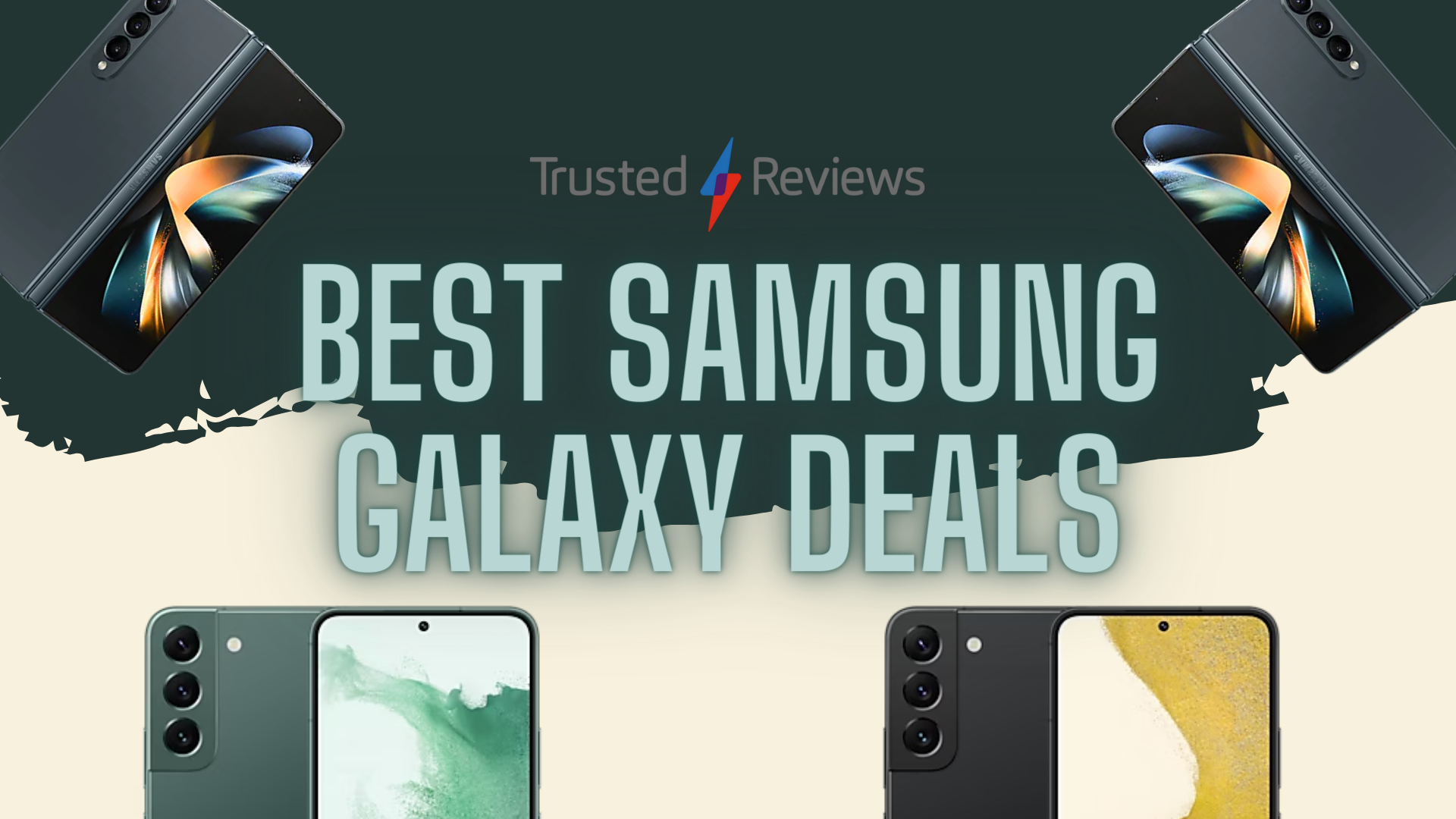 We’ve rounded up the best Samsung Galaxy deals so you can save a significant amount of money on your next phone upgrade.

In the world of Android phones, very few companies have the same brand recognition as Samsung. Often seen as Apple’s most direct smartphone competitor, Samsung has a reputation for delivering high-quality smartphones that use the latest features, not to mention powerful cameras and flexible interfaces.

In recent years, the company has also had a reputation as a company that has pushed new smartphone technologies, especially in the world of sophisticated devices. The Galaxy Z Fold and Galaxy Z Flip range are currently at the forefront of foldable smartphones, and they’re now available at some pretty hefty discounts.

Bear in mind that the Galaxy S23 range is expected to arrive very soon, so keep an eye on this page as we expect more deals to be added as the S22 phones are slowly replaced. If you want to see what other phone deals are available, feel free to check out our picks for the best Google Pixel Deals and the best Offers for iPhone.

Samsung’s flagship Galaxy phones are still great devices in their own right, and some of the best mid-range phones available right now.

Despite its high specs, the Galaxy S22 is now available at a very low price, making it one of the most affordable Android flagships available right now. 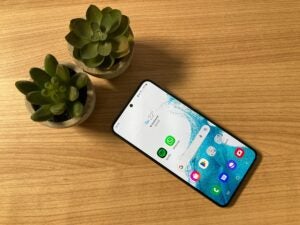 For data junkies, you can now get the S22 with unlimited data for just £35 upfront and £35.99 per month, making it a very attractive proposition if you like to stream content on the go. 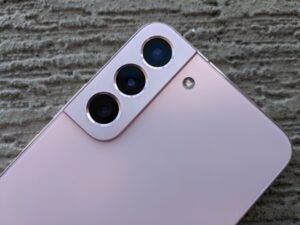 Galaxy S22 Plus with 100GB data on Vodafone

Vodafone is offering a whopping 100GB plan for the Galaxy S22 Plus right now, making it the perfect contract for people who like to stream content on their phone.

The Galaxy S22 Ultra is a top-tier flagship with plenty of unique features to enjoy, but that doesn’t mean you have to pay a fortune for these deals. 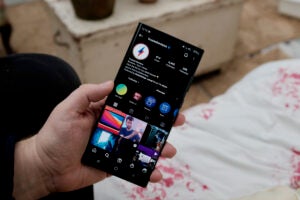 With this incredible value contract, you don’t have to pay anything upfront to get the super-powerful Galaxy S22 Ultra with a whopping 100GB of data. 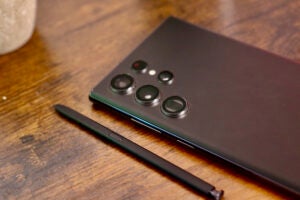 If you don’t mind going for a refurbished model, you can get an absolute bargain on the S22 Ultra with a whopping 300GB of data to boot.

The Galaxy Z Flip 4 is one of the most affordable foldable phones out there, and it’s now available at a deeply discounted price. 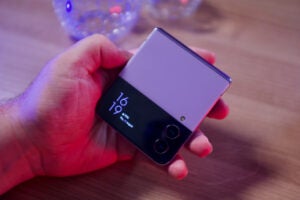 If you want to know what all the fuss is about with a foldable phone, then this fantastic Galaxy Z Flip 4 plan will give you plenty of data without having to fork out for anything up front. 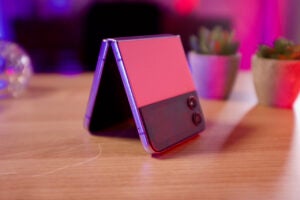 If you’re looking for extra data with your new Galaxy Z Flip 4, then this alternative deal via O2 is worth checking out.

For multitasking like no other, the Galaxy Z Fold 4 is truly ahead of the game, and now it can be yours at a delicious discount. 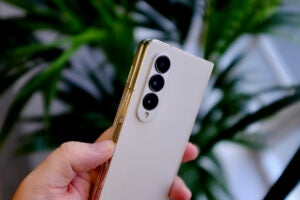 The Z Fold 4 is an expensive smartphone, but if you want to avoid the initial cost, it’s the best fare at the moment. 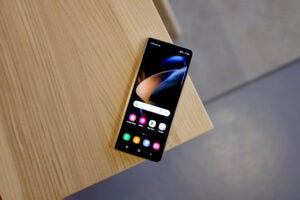 For people looking to get the most out of the Z Fold 4 as a productivity and entertainment machine, this Vodafone unlimited data contract is definitely the way to go.

Which Samsung Galaxy Should I Get?

There are many options for Samsung Galaxy phones, so it’s fair to wonder which one is right for you. For a premium Samsung experience that’s easy to use and doesn’t break the bank S22 or S22 plus will approach you to the ground. If you want top-notch specs and want your phone to feel more like a PC, then Galaxy S22 Ultra your best choice.

For people who want to be ahead of the curve, then Z Flip 4 and Z-fold 4 seriously tempting prospects, but keep in mind that they have very different demographics. With its hands-free video capability, the Z Flip 4 is best suited for shooting and creating content, while the Z Fold 4 excels at multitasking thanks to its large internal display.

You might be wondering where the more affordable Samsung Galaxy A and M phones fit into all of this. These phones are aimed more at the budget side of the spectrum, and if that’s what you’re interested in, then I’d recommend checking out our selection best cheap phones.

Should I get a Samsung Galaxy or an iPhone?

Given their established rivalry, it’s only natural to wonder whether you should choose an iPhone over a Samsung Galaxy phone. Of course, there are almost too many aspects to list to understand how these devices differ, so for a deep dive we recommend reading our explainer Android vs iOS.

However, in terms of pricing, Samsung has the upper hand as the base Galaxy S22 is more affordable than the Galaxy S22. iPhone 14 (£769 and £849 respectively) which could have a big impact on your decision on which phone to buy.

When will the next Samsung Galaxy phones be released?

Coming out Galaxy S23 lineup of phones is imminent, and the next Samsung Unpacked event is scheduled for February 1, 2023 at 6:00 PM GMT. If you prefer to have the latest specs, then it’s worth waiting to see what Samsung unveils and how the new phones stack up against the existing lineup.

However, we’ve spotted some impressive deals on the Galaxy S22 lineup in the past, and we expect even more deals to drop once the Galaxy S23 phones hit the wild.

Things are a little different for Samsung’s range of sophisticated kits, as they will see their annual updates closer to the summer. The Z Flip 4 and Z Fold 4 were introduced last August, so we don’t expect their successors to arrive anytime soon.