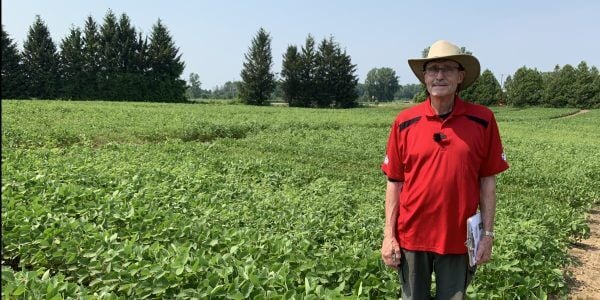 Cannabis, resistant to weed infestation, is often mistakenly identified as a rooted, green, or smooth herb that continues to create herbicide resistance in Ontario.

A scientist from the University of Guelph, Dr. Peter Sikema and his research team confirmed the resistance of cannabis to herbicides of group 27 in the province. Earlier this week, he shared the news during a virtual breakfast in Ridgetown / Simco.

The latest findings mean that there are now five-way herbicide resistance in four Ontario counties – Essex, Kent, Lambton and Elgin – (groups 2, 5, 9, 14 and 27). “This is certainly not a localized problem, and there are individual fields that will have biotypes that are resistant to five different modes of action,” Sikema says.

Hemp resistance now extends from Essex County, adjacent to the Michigan border in southwestern province, to Glengar County on the border with Quebec. In total there are seven counties with water resistant cannabis group 27.

In soybeans, Sikema’s study shows that the average impact on water hemp yields is 43 percent, but it documented losses of up to 93 percent in the highest populations observed in Ontario. Similar crop losses were observed in maize.

How can growers better combat the effects of hemp resistance? “I would like to convince everyone of the importance of a two-step weed control if you start with the best herbicide you apply to the soil and then control the weed shoots if there are any,” Sikema says. “I think it’s a program we need to promote for all the corn and soybean growers in the province.”

Sikema emphasizes that Group 27 herbicides can still control resistant hemp, but success depends on the timing of application. He says herbicides of group 27 will control germination-resistant cannabis of group 27. They, however, are not applied after emergence.