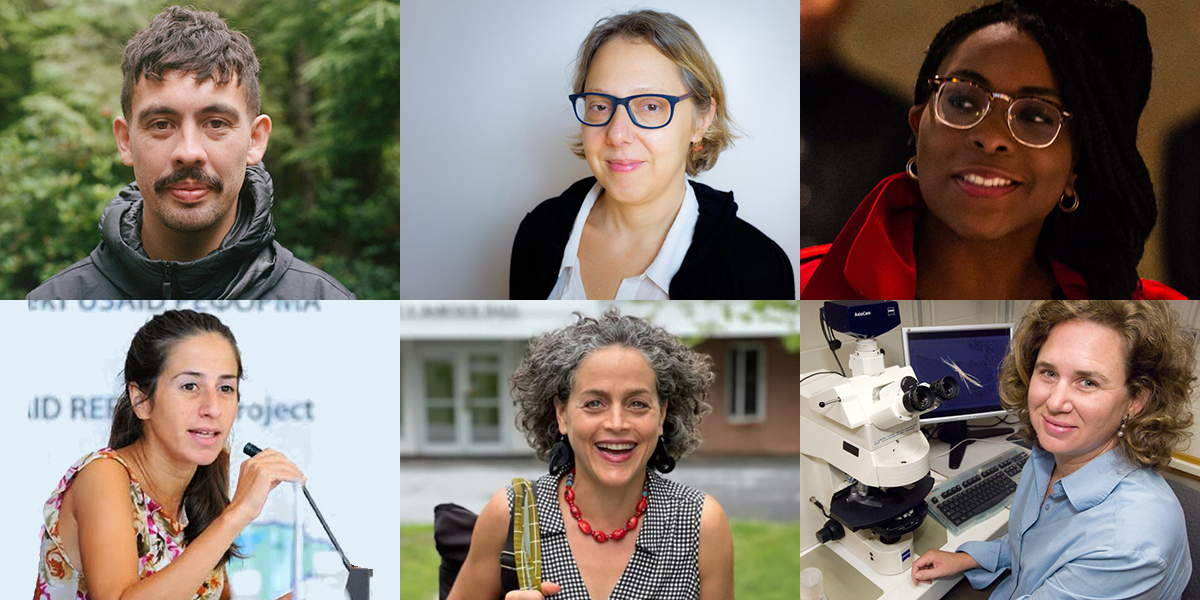 This November, the COP27 climate summit will be held in Sharm el-Sheikh, Egypt. The conference will bring together a wide variety of people—world leaders, citizens, scientists, activists and business representatives, local governments, non-profit organizations, and others—to discuss and implement solutions to combat climate change.

A number of representatives from the Columbia Climate School will attend COP27 to give presentations, hold panel discussions and make connections that can lead to innovative collaborations. We spoke to several attendees about their hopes and expectations for the conference. 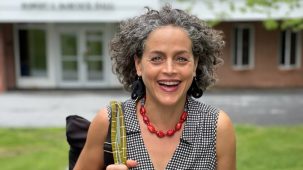 Lisa Dale is a faculty member at the Columbia Climate School.

I will listen and learn as much as possible. ​​​​​​While I have a number of talks and panels I will be speaking at, I always find the most benefit at the COP is hearing what others are thinking. My academic interests focus on climate adaptation in rural areas, especially in sub-Saharan Africa, so I will attend as many presentations as possible where Africans share their experiences and challenges.

“Networking” is a buzzword that can be abused, but in this case I mean it! Meeting people from all over the world is what makes COP so exciting and I hope to make new connections. my recent work in Rwanda means I particularly want to contact the Rwandan delegation. I also have many friends and colleagues who work in UN agencies on climate change adaptation, and we only seem to get together in person at the annual COP. After several years of pandemic disruption, attending this event in person, along with many others, should be energizing.

A lot of media attention will be given to the talks themselves, with most of these talks focused on mitigation; that is, pushing countries to reduce emissions will be a central thread running through the program. But my interest is more on the adaptation side. It will be very interesting to follow the conversation about loss and damage, and I am eager to hear how these issues are discussed. I hope to see the world move beyond the reparations impasse and focus on concrete ways the Global North can support the Global South as they work to integrate sustainable development and climate change adaptation into their economic growth strategies. 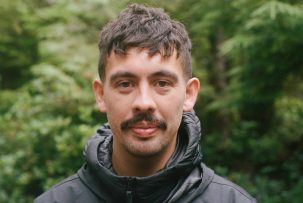 Robbie Parksa former graduate student at the Columbia Climate School, is an associate professor in the Department of Environmental Health Sciences at Columbia University.

I will be an official observer representing Columbia University in the second week of COP27. I am very excited!

I hope to professionally and personally advocate for the importance of focusing on the mental and physical health impacts of climate change, especially in post-disaster environments, to meet like-minded colleagues and friends and understand a little more about how the process of creating mitigation policies works climate and adaptation on a global scale. I would also like to connect with colleagues around the world to find ways and funding to collaborate on research related to climate change and public health.

In particular, I would like to see a greater and fairer commitment to public health climate change mitigation and adaptation funding through Nationally Determined Contributions (NDCs), particularly for mental health and non-communicable diseases, which are currently underserved. in most NDCs. 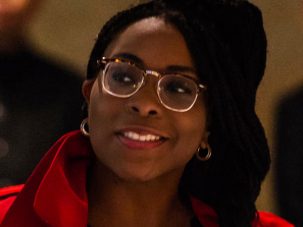 Belinda Archibong is an associate professor of economics at Barnard College, Columbia University.

I will participate as an observer as part of the Columbia University delegation.

My research focuses on the economics of epidemics and, in particular, how climate-induced epidemics affect gender inequality and the well-being of vulnerable populations, such as children, in countries, particularly in Africa. I also have research on the impact of air pollution from gas flaring on human capital development, with a focus on the effects of pollution on children and women, who are often among the most vulnerable and marginalized populations worldwide. I hope to contribute to policy debates based on my research and that of other scholars that focus on the goals of distributive justice and equity in the development of effective climate change policies.

A significant increase in climate finance from rich countries, especially in the US and Europe, to poorer countries, especially in Africa, which is the region of the world that has contributed the least to historical and current emissions and will bear the brunt of the negative consequences of global warming. Along these lines, I would also like to see a serious debate on climate offsets and additional funding with a focus on redressing past climate injustices perpetrated against marginalized communities and countries around the world. 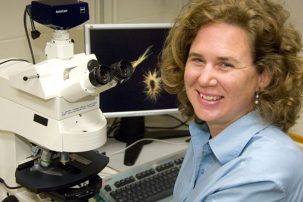 Sonya Dearman is a biological oceanographer at the Columbia Climate School’s Lamont-Doherty Earth Observatory and Columbia’s Department of Earth and Environmental Sciences.

I plan to participate in one or more panels and engage with stakeholders in support of sharing the science we need to consider in the context of climate change. The Ocean Pavilion in the Blue Zone will appear for the first time [where the UN negotiations take place] with other stakeholder groups. For oceanographers, this is an exciting new opportunity to highlight the important interactions that exist between the ocean and climate, the gaps in knowledge and how we work towards a sustainable future. With generous support from the Paul M. Angell Family Foundation, I have been studying the resilience of ocean ecosystems and hope to highlight this work and that while there are still gaps in knowledge, the findings are important to support policy.

Each pinhead-sized drop of seawater contains a complex network of microbes that convert vast amounts of carbon dioxide into other forms of carbon. The activity of this network controls ocean ecosystems, the carbon cycle, and global fisheries, but these processes are poorly constrained, so it is difficult to predict their sensitivity to ocean change. I am a co-initiator of a project funded by the National Science Foundation and awarded “approved action” status by the United Nations Educational, Scientific and Cultural Organization (UNESCO) as part of the UN Decade of Ocean Science for Sustainable Development 2021- 2030 . The project is called the Center for Microbial Planet Chemical Currencies, and the research will allow us to better constrain the carbon cycle at the ocean’s surface. I hope to highlight how the work at the Center, combined with my previous and current work on ecosystem resilience, can help with climate prediction, management and mitigation.

I hope that the main outcome of the Ocean Pavilion’s unprecedented presence in the Blue Zone is greater recognition of the ocean as a stakeholder in climate action and the important interplay between ocean chemistry, ocean life and climate. 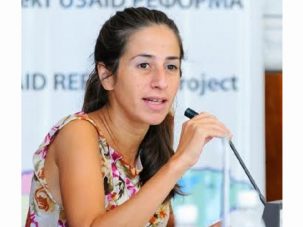 Perrin Toledano is director of research and policy at the Columbia Center for Sustainable Investment.

I will be going on behalf of both the university and myself Colombian Center for Sustainable Investment. I hope to showcase the progressive views and work of our institution by speaking on panels, engaging with the audience, and interacting with colleagues and partners.

In addition to the above, I hope to learn about the work and actions of others and identify who we might be able to collaborate with on climate action. I hope to understand where the world still lacks good policy responses that our CCSI team could work on to make a useful contribution to the global discussion.

Developing countries need incredible financial support to jump on the bandwagon, embrace the transition and reduce emissions while they still can. I hope that the rich world will join forces to meet their needs and create a true partnership for a just transition.

I hope that politics, geopolitics and the current energy crisis will not prevent the revitalization of ambitions and commitments. Emissions continue to rise if they are to be halved in 2030. The world is running out of time, and the price of inaction is becoming unbearable for humanity. The current energy crisis is interpreted by some as a return to the heyday of fossil fuels, when in fact it is confirmation that only by accelerating the energy transition will we achieve energy security and stability. I hope the latter interpretation will prevail at COP. 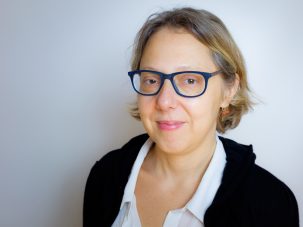 Alessandro Giannini is an Adjunct Senior Research Fellow at the International Research Institute for Climate and Society at the Columbia School of Climate. Photo: Francesco Fiondella

I accompany a group of students from l’Ecole Normale Supérieure (ENS) in Paris. Each year we select a small team of students, diverse in terms of discipline, to travel to the COP to represent the school.

Since I’m a novice, like this year’s students, I plan to follow the negotiations a bit (eg the work of the Subsidiary Body on Scientific and Technical Advice and/or around Article 6 — essentially science and education input/knowledge transfer to the negotiations) in blue zone to feel the glacial speed of their advance. I’ll be spending most of my time in the Green Zone, following side events on climate change policy—adaptation and energy transition—in Africa.

In the run-up to the COP, I’ve repeatedly heard people say that the COP on climate change has become the only truly global forum – an apt description of the task at hand, given that nothing quite matches the planetary scale of human impact on climate. In other words, COP is the only place where people from all corners, all regions and all walks of life can exchange and get to know each other. I look forward to meeting old colleagues, and especially new ones involved in advancing climate change education efforts.

As the COP is being held in Africa, I hope that awareness of the link between inequality and climate change will increase at all scales.