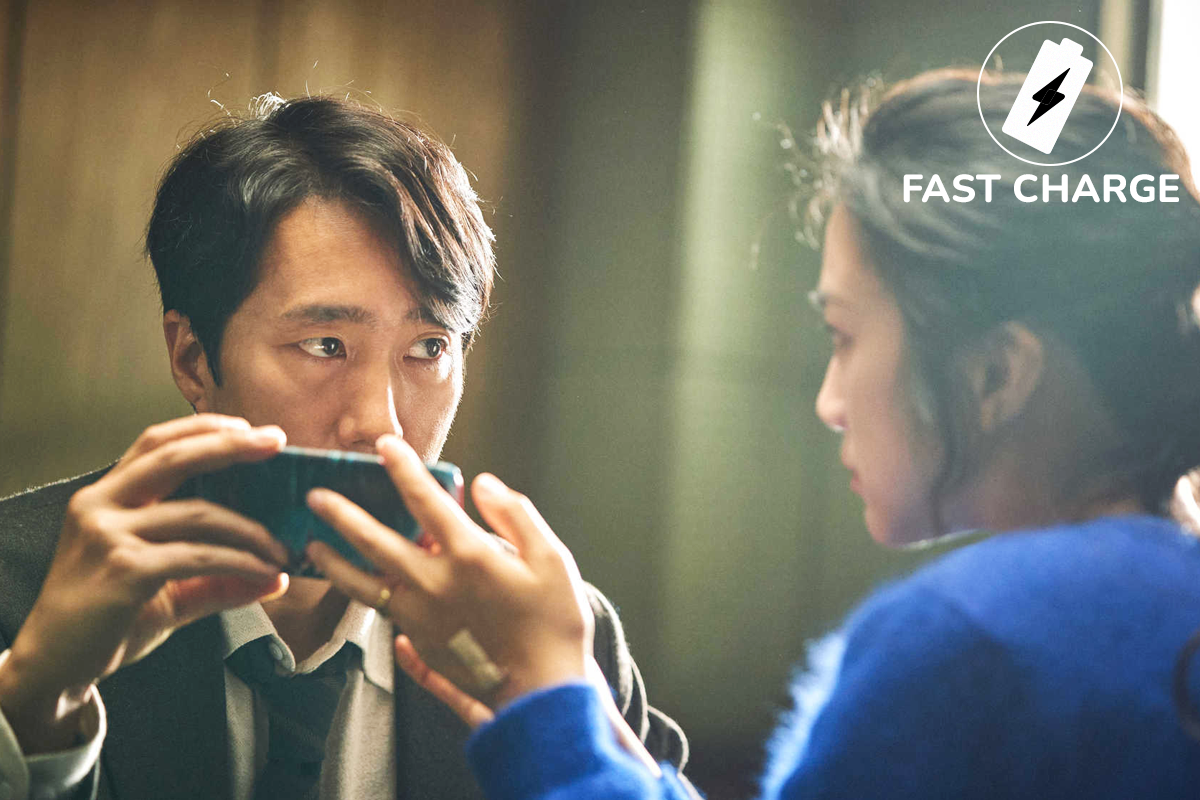 OPINION: Park Chan-wook’s new film isn’t afraid to put smartphones in the spotlight, and it’s the high-tech upgrade we’ve been waiting for.

After more than a century of our heroes immortalized on celluloid, there are some objects that just seem cinematic. Smoky cigarette smoke or the screeching of sports car tires can be captured on the big screen with incredible ease, but one of our everyday products sometimes seems surprisingly resistant to these spells.

Even though we use our smartphones all the time – even to watch movies – I’ve noticed that filmmakers are often reluctant to feature this technology in their movies as prominently as you see it in real life.

There could be several different reasons for this. For one thing, the filmmakers may not want their films to soon become simply a product of their time, in the same way that we now see silly answering machine shenanigans in outdated ’90s sitcoms. They may be modern at the moment, but who knows how long it will be before they are looked at as non-creative duds.

On the other hand, it’s hard to make a character staring at a static, rather impersonal black plate look seductive on a movie screen. Most of the time, after all, we go to the cinema for escapism and visual enjoyment, and that’s hard to replicate even with the newest and shiniest iPhone or Samsung Galaxy.

Finally, it’s even more likely that smartphones simply reduce the plot possibilities of characters in a movie. How many times have you watched a TV series while anxiously wanting to yell at a character in danger to call someone on the phone, or look up important information, or find their location on a map? It takes a talented writer to get around these obstacles, given that such a simple solution was never at hand in previous decades.

That’s why, after watching Park Chan-wook recently The decision to leaveI was refreshed by his portrayal of smartphones in this film, where technology almost becomes a character in itself.

Not to mention the plot, smartphones always take center stage in this Hitchcock detective drama. They are used to make calls and text messages, record audio and video, perform language translation, map locations, and even track your daily step count without the need for clumsy typing; here they actually contribute to the intrigue of the plot, not hinder it. They are seamlessly interwoven so as never to feel out of place, constantly important to the twists and turns of the story, but always as a means of portraying the characters themselves.

The devices can be in the middle of the screen, or captured outside the shot, or we can even watch from the perspective of the screen while reluctantly texting, but they are never used simply as inanimate props, and I think this is the key to Park’s success; he embraces smartphones as a part of life where other filmmakers have written them out entirely, hoping we don’t notice.

Not everyone is as talented as Oldboy director, of course, and it’s not easy to do. Moreover, as previously acknowledged, in the future we may see films like this as hopelessly outdated, when the smartphone is no longer the vector of a large part of our lives, and instead we spend hours in a metaverse or – god forbid – a masquerade.

There may be a time when the presence of a smartphone instantly dates the film to the early twenty-first century, but even if it did, I would think that the intrigue and harrowing romance The decision to leave would still make it a movie for the ages.