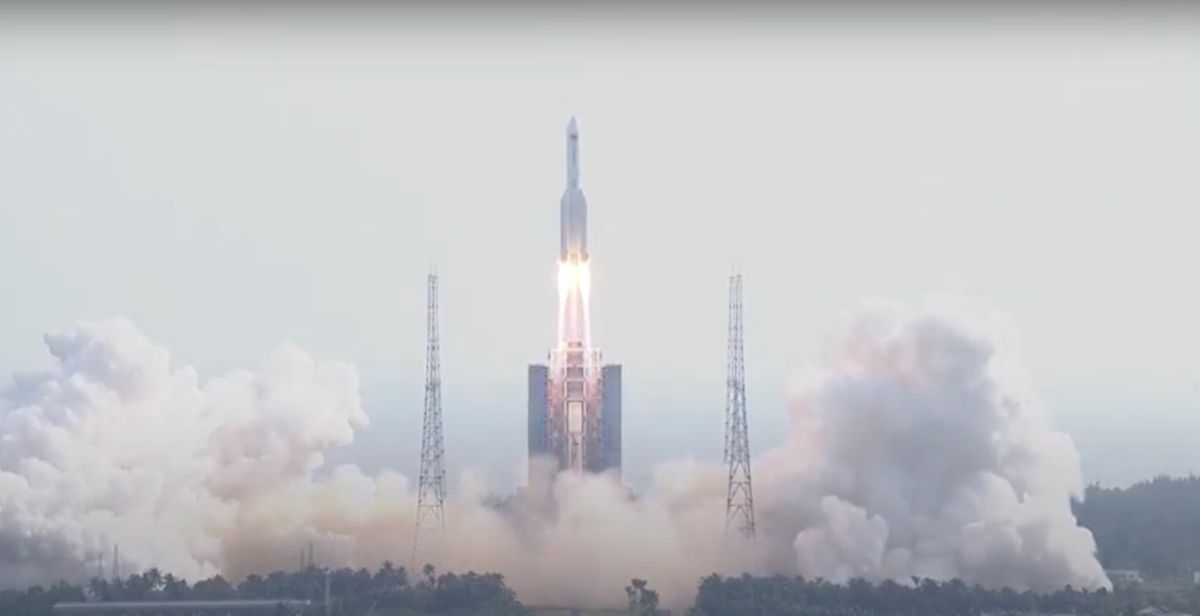 The third and final module of China’s Tiangong space station has just lifted off.

The Mengtian module is launched into Earth orbit at the top of a Long March 5B heavy rocket from Wenchang, South China, st 03:37 EDT (0737 GMT and 15:37 Beijing time) on Monday (October 31), This was reported by the state publication Xinhua News (opens in a new tab). The launch was China’s ninth mission involving the space station, following the launch of the Tianhe core module into orbit last April.

The Mengtian is a 58.7-foot-long (17.9-meter) spacecraft weighing about 48,500 pounds (22 metric tons) designed primarily to house a variety of scientific racks and experiments.

On the subject: Latest news about China’s space program

The equipment installed on board Mengtian will be used for experiments related to microgravityfluid physics, materials science, combustion science, fundamental physics and more.

“The docking of the Mengtian module with the space station will mark the completion of the construction of China’s space station and the start of the operation phase,” said Wang Tian, ​​deputy chief designer for the general design of the Long March 5B rocket. video surveillance (opens in a new tab).

Together, these three modules will complete the Chinese Tiangong Space Station and realize the vision of a space station approved back in 1992. The T-shaped Tiangong will host three astronauts for six months at a time, or six crew members for a short time during a crew transfer.

The first Tiangong crew transfer is expected before the end of the year, when astronauts from the current Shenzhou 14 mission will be welcomed aboard the new Shenzhou 15 crew launching a Long March 2F rocket from the Gobi Desert. Ahead of that, China will launch the Tianzhou 5 cargo mission to Tiangong in November to deliver cargo to support the new crew expedition.

Tiangong has hosted three crewed missions so far, starting with the three-month Shenzhou 12 mission from June to September 2021. The Shenzhou 13 crew launched in October of the same year and returned to Earth on April 16. Shenzhou 14 astronauts Chen Dong, Liu Yang and Cai Xuzhie have been in orbit since June 5 and were on board to retrieve the Wentian and Mengtian science modules.

There are also other plans for Tiangong, including the placement of science programs and official astronauts. The space station will also support the powerful observation space telescope Xuntian which China plans to launch in late 2023. The Hubble-class observatory will operate in an orbit similar to the Tiangong observatory, meaning it will be able to dock with the station for refueling, upgrades and repairs.

Meanwhile, China’s first astronaut Yang Liwei said earlier this year that Tiangong could be open for tourism in the future.

While China celebrates the successful launch of Mengtian, they probably will degree of shedding from the mission. The large first stages of the three previously launched Long March 5B rockets entered orbit and made loud uncontrolled entries about a week after launch. The fiery first stage of the return from c Wentian module launch was in July spotted viewers in Malaysia and Indonesia.

The orbital decay of the last stage of the rocket is likely to attract the attention of the international community.