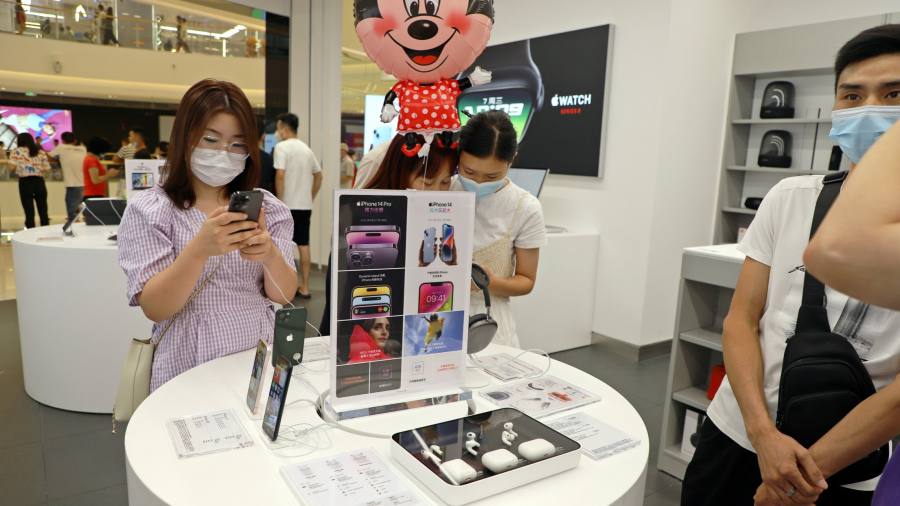 Parting is hard. Just ask Apple. The iPhone maker is trying to reduce its reliance on China, its third-largest market and where most of its products are assembled. It has already moved the production of some of its products to Vietnam and India after coronavirus-related lockdowns caused massive disruption to supply chains during the pandemic.

However, the reality is that the most valuable US company is still heavily dependent on this Asian country. Beijing’s insistence on sticking to its zero-Covid policy means an appleThe problems in China risk becoming a recurring feature.

Video frames of workers at Foxconn, one of Apple’s major suppliers, scaling fences to escape the factory where they worked—prison-break style—is a timely and stark reminder of this.

The Zhengzhou manufacturing complex, known as “iPhone City,” accounts for about 60 percent of Foxconn’s iPhone assembly capacity, according to analysts.

Foxconn has said it is ready to do so shift production to other plants. The outage came just after Apple released its new iPhone 14 and ahead of the all-important holiday season. According to one estimate, it could affect more than 10 percent of the world’s iPhone production capacity.

Look at Apple’s third-quarter results, and one might brush aside recent supply chain woes. In the rest of a tough earnings quarter for Big Tech, Apple’s sales and profit growth topped estimates. But some of that growth was driven by production bottlenecks that held back sales in the previous quarter.

Rising labor costs, a slowing Chinese economy and rising tensions with the US over trade and Taiwan give Apple plenty of reasons to reduce its reliance on China. In truth, Apple already sources many of its components from other places. But the vast majority of its products are still assembled in China

China’s robust energy grid and China’s efficient transportation infrastructure, not to mention its network of local suppliers, make it particularly difficult for Apple to stay in the country.

Lex recommends the FT Due Diligence newsletter, a curated briefing on the world of M&A. Click here sign up.