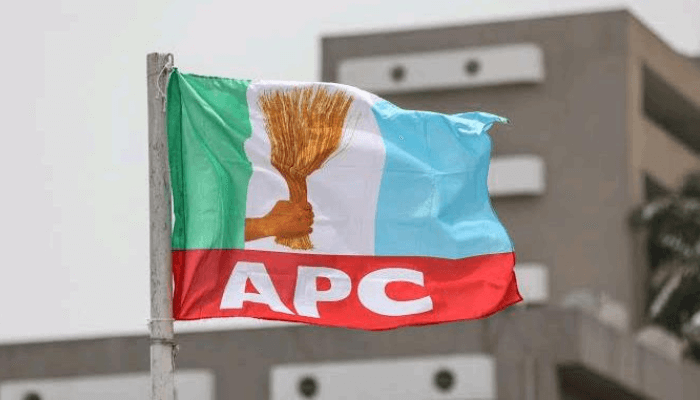 Nigerian politicians and their parties are once again campaigning for popular support, promising “good” things to happen if a new government is formed with their participation.

The ruling All Progressives Congress (APC), whose presidential candidate is Bola Ahmed Tinubu, recently released its manifesto which will serve as its working document should it retain power after the general elections slated for February 2023.

The 80-page document tagged “Renewed Hope” is overly ambitious in its proposals given the struggling nature of the economy of the country, which has described itself as Africa’s largest economy.

We commend the thought and consideration that went into the drafting of the document, particularly in the choice of its topic. This is because there is undeniably no more hope for Nigeria and its leadership at this point.

The document was clever enough to say something else, skilfully avoiding the usual flowery but empty promise to deliver millions of homes

However, in some cases, the APC document is hopeful. One of these cases is housing. The document was clever enough to say otherwise, skilfully avoiding the usual flowery but empty promise of building millions of homes.

In 2015, the party promised to deliver 1 million housing units annually, but seven-and-a-half years later, its government has only been able to complete 2,465 housing units under the National Housing Program (NHP).

Instead of going down the same path of promising to build millions of homes that will not happen, APC decided to work with federal housing agencies as a way to promote housing.

It noted that Nigeria’s federal agencies are too small and fragmented, and therefore promised to merge them into a new, more competent body to ensure greater cohesion and efficiency in addressing the housing shortage.

Although the party is withholding the names of these federal agencies, we are aware of some of them such as the Federal Housing Authority (FHA), Federal Mortgage Bank of Nigeria (FMBN), National Housing Fund (NHF), Family Home Funds (FHF), Nigerian Mortgage Refinance Company (NMRC) and others.

These agencies are indeed diverse, even if some of them are large, but they cannot be compared to organizations like Fannie Mae and Freddie Mac, which are federal mortgage companies created by the United States Congress to guarantee home loans.

We are excited about the merger proposal, especially since the new entity will inherit the functions of the existing housing authorities and will be adequately capitalized by the federal government.

The party expects that guaranteeing and buying mortgages will stimulate banks to lend and deepen the secondary mortgage market, and banks will also be encouraged to participate much more actively in providing affordable consumer loans for cars and expensive household appliances.

To encourage home ownership, the party also pledged to work with the National Assembly and state governments to review and revise the Land Use Act, an old law that held back the country’s economy due to hostile land ownership and administration. in the country.

It will also streamline and streamline the land transfer process. In this way it hopes to reduce costs and delays and promote more efficient use of land. This more efficient allocation is expected to strengthen the housing industry and lower costs for investors and consumers.

Many Nigerians have welcomed the proposals, saying they are good. We agree. But we have our fears and reservations. As lofty and idealistic as they may seem, especially in a country where home ownership is a big issue, implementation and funding remain a major concern.

We see good reason to consolidate federal agencies into one larger and more efficient entity because it will reduce, if not eliminate, waste and bureaucracy in the financial and housing systems.

But the idea of ​​the federal government funding the organization leaves a sour taste in the mouth, considering that government revenue has gone south over the past few years.

FMBN, for instance, was in dire need of a recapitalization of N500 billion but the government has not been able to do so in the last four to five years due to low revenue. In the same vein, FHF planned to build 500,000 affordable houses, but in the last four years when it started, it has built just over 11,000 affordable houses due to lack of funds.

The government, as has been said countless times, has no business dealing with business, including housing. The best thing any government can do to promote business and economic growth is to create an environment that encourages and promotes private enterprise.

Easy access to land and cheap capital are important for housing, so we believe that a well-thought-out policy that makes land available to developers is ideal. Similarly, priority should be given to special financing mechanisms that guarantee a single-digit interest rate on housing loans.

All in all, we view APC’s housing mortgage financing plan as another government in business that has never worked in Nigeria.

Therefore, we recommend that instead of planning the recapitalization of the mortgage agency to take care of housing, the plan should focus on providing land, as well as creating a policy of access to financing that will allow banks to finance mortgage projects.