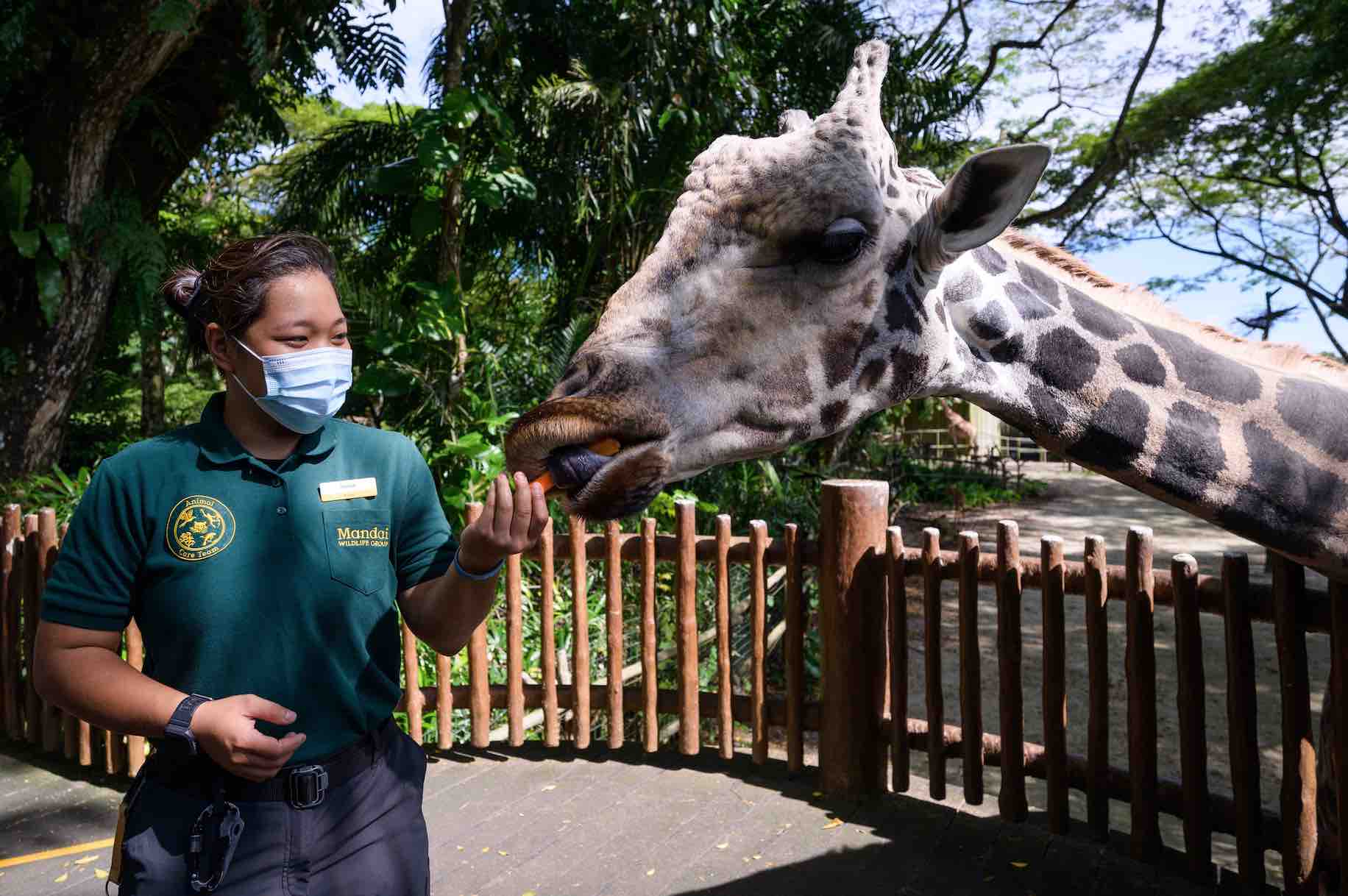 An initiative by the Mandai wildlife group (MWG) that led to the opening of the Mandai wildlife bridge in the 2019 at Singapore for wildlife crossing, was partly meant to address roadkill and installation of the flood lights pointing towards the forest edges along Mandai lake road with a motive of discouraging the animals crossing the road.

Earlier the common crossing for the animals in the adjacent forest patches was the road, which runs from the Mandai road to the Singapore zoo and cuts through the part of the Central Catchment Nature Reserve.

Several months before its official opening on December 6th,2019 several common trees species found in the area were planted by the team on the Mandai wildlife bridge with the idea behind attracting the animals by the familiarity of the vegetation.

Within two years after its opening, nearly 70 species of wildlife have been spotted using the bridge – only located near the Singapore zoo,as reported by the wildlife team in an update.

These ecological bridges such as the Mandai wildlife bridge not only help to reconnect parts of forests that have been spliced by development but also provide animals with safe passage and also allow them forage for food ad expand their genetic pool by finding mates from different locations.

Since the completion of ECO – link @BKE, population of various native animals have been recorded such as Slender -squirrel, Sunda Pangolin, lesser mousedeer and changeable Hawk-Eagle.

As suggested by the nature groups, apart from setting up eco-bridges, other type of linkages should be explored to aid animals for crossing such as culverts for underground connectivity,rope bridges for primates and land bridges for land crossing.

N-Parks has successfully installed culverts in areas such as Old Upper Thomson road for aiding small mammals such as Pangolins & porcupines and also larger mammals such as mousedeer.

Aerial rope bridges across carriage way has been installed to aid the safe movement of tree-residing animals such as Raffles banded Langurs.

Now, there are several more areas that require eco-bridges including across the Upper Thomson Road between Thomson Nature Park and the forest path north of Tagore drive & also across Mandai road between Central Catchment Nature Reserveand its sliced off patch to north of road as said by Dr.Ho Hua Chew (Singapore Nature Society’s Vice President).

The major goal behind setting up eco-bridge was to lesson roadkill of animals but statistically this goal hasn’t been accomplished fully.

Despite the installation of speed bumps and rope bridges for the usage of long – tailed macaques and squirrels, seven roadkill incidents have been reported between Jan 2020 & Dec 2021 within 500 m of Mandai road.

Different People and different sectors have roles to play in shaping public education & helping Singapore to become a Biophilic state.