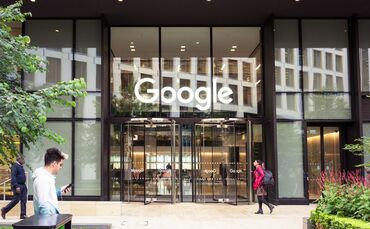 The largest seller of digital advertising in the US reported last Tuesday (October 25) that revenue for the third quarter rose 6% to $61.1 billion.

It was the weakest growth rate since 2013, barring a brief contraction at the start of the Covid-19 pandemic, and was below analysts’ forecasts of 9%, according to Refinitiv.

The results sparked a selloff in the company’s shares, which fell more than 9% on Wednesday (October 26), according to Morningstar Data. It was the worst day for Alphabet shares since March 2020.

Major Tech Regulatory Crackdown: How Much of a Threat to Investors?

Alphabet shares are down 34.5% year-to-date, while the Nasdaq tech index is down 29.4%, according to Morningstar data.

“This is a bad sign for digital advertising in general. This disappointing quarter for Google means we’re in for some tough times as market conditions continue to deteriorate,” said Evelyn Mitchell, an analyst at Insider Intelligence.

During the company’s earnings call, CEO Sundar Pichai told investors that it was a “difficult time in the advertising market,” and CFO Ruth Porath said the slowdown was due to the company’s “very strong third quarter” in 2021.

The company continues to show better resilience than other digital ad companies like Snap and particularly Meta, which reported negative Q3 growth a day after Alphabet.

“Alphabet’s very strong growth in 2021 has led investors to focus on the outlook for structural earnings growth as a key driver of the stock’s growth,” said Chris Heimendorff, senior director of US equities at abrdn.

“Investors now have to contend not only with the medium-term growth outlook, but also with the cyclical dynamics of advertising and need to look at how management handles spending over the next twelve months.”

What the divergence in Big Tech’s earnings reveals about ESG

The drop in YouTube revenue was of particular concern to Leith Khalaf, head of investment analysis at AJ Bell, but he argued that the core investment for the business remains.

“Alphabet still wields enormous financial power, and its Google search engine is such a strong brand in its category that it spawned a verb,” ​​he said.

“After the recent price drop, the stock is now trading at a much more reasonable valuation than it has been for a long time.”

Gerrit Smith, manager of the £1.6 billion Stonehage Fleming Global Best Ideas Equity fund, which has a 6.8% position in Alphabet, also argued that the disappointing results did not change the investment.

“This has to be seen in the context of an exceptionally strong earnings base of plus 41% last year – and more than 61% in the previous quarter – and a strong dollar absorbing 5% of the currency’s constant growth of around 11%,” he said. said.

Even so, Smith said Alphabet still faces a number of headwinds, chief among them a weakening global economic outlook and businesses cutting their advertising budgets.

“Logically, this affects their sales, and history has also shown that these reductions are temporary. The main tailwind is cloud business, partnership and support of existing customers,” he said.

“They’re taking a share, and once they get to the scale they need, a turnaround in profitability in that division can make a big difference to the bottom line.”

AJ Bell’s Khalaf also said the rise of competing video streaming services could also be a problem as platforms like TikTok threaten to eat away at YouTube’s market share.

Episode 2: “Better to the Head”: Is this the end of the tech boom and what does it mean for investing styles?

With more than 50% of revenue coming from outside the U.S., Heimendorff said, the stronger U.S. dollar is also a major drag on reported revenue growth, and even more so on profits, given that the majority of technology development spending comes from USA.

“Alphabet needs to create its own tailwind to offset the macro headwind. We see their impressive R&D engine powering new ad tech components by launching ad units for Shorts and Performance Max for advertisers,” he said.

He pointed out that they should have an increasing influence by 2023, but not enough to “overpower” the impact of the advertising cycle.

Looking ahead to the next quarter, Smith said another potentially disappointing result can be expected. However, he noted that capital and currency markets appear to have stabilized, which he said “may begin to attract investors to Alphabet’s attractive valuation and solid long-term growth prospects.”

Heimendorff said that because the market is so focused on the further development of the advertising cycle, it will be difficult for investors to see “the moment when things start to improve before it happens.”

“However, once that happens, the market will look at what medium-term growth rates Alphabet can achieve, and here we see the huge investment the company is making in its core business to ensure continued growth in the ad spend market,” he said. said.

Why Apple and Amazon are the new Coca-Cola

“Despite the recessionary period we are currently witnessing, the long-term potential of digital advertising is hard to deny. One of the main reasons is the ability to get a high return on investment,” he said.

As the global economy faces a consumer-driven slowdown and investors rethink the logic of paying high multiples for growth in a higher-interest-rate world, tech stocks could be in for “less lean times,” Khalaf said.

However, he noted that the tech genie is “really out of the bottle” and Alphabet is well positioned to maintain its position at the center of this huge global market.