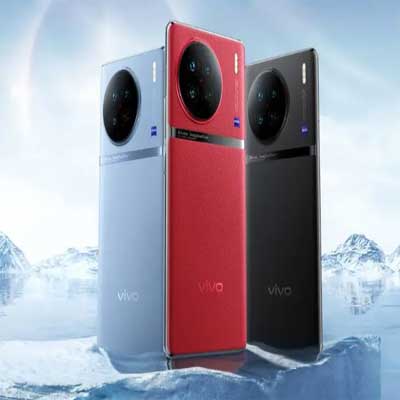 Everyone knows that the market leaders are Samsung and iPhone. So far, no company has surpassed the market share of the iPhone and Samsung. When we talk about camera phones, most would say iPhone 14 Pro, Galaxy S22 Ultra and Pixel 7 Pro are the best in terms of camera quality.

Although these phones are great for both video and photography. However, another phone maker has emerged that is completely focused on producing the best smartphone camera. The company has already created the phone, but its release date is just around the corner, expected in just a week.

The new Vivo X90 Pro Plus is equipped with the best camera you can imagine. the highlight of its camera system is the giant 1-inch sensor for the main shooter. Its large sensor promises to deliver better results than the iPhone and Galaxy. Many of the users are already familiar with the camera sensors, would love to know that this is the incredible Sony IMX989 image sensor. The image sensor was first introduced in mid-2022, later implemented in the impressive Xiomi 12S Ultra.

The new Vivo X90 has an equally powerful sensor and will perform as one of the few upcoming powerful camera phones. The Leica-branded Leitz 1 phone also uses the same sensor.

The photos above show that the camera is quite capable of taking high quality pictures. According to Vivo, the camera uses high-quality Zeiss glass lenses, and on the back of the phone you’ll find the following: Zeiss Vario-Tessar 1.6-3.5/14-90Asph. This means the phone has a 14mm ultra-wide lens and a 90mm zoom lens.

Here you can take a look at the main specifications of the impressive upcoming phone:

This is an extremely versatile phone, you can take a full body shot, a half body shot, or even a close-up portrait with no distortion of the face. 4,700 mAh is a powerful battery, and it’s nice to have a supercharger.

Unfortunately, the phone won’t be officially sold in the United States, so don’t expect to see it on Amazon or Best Buy.