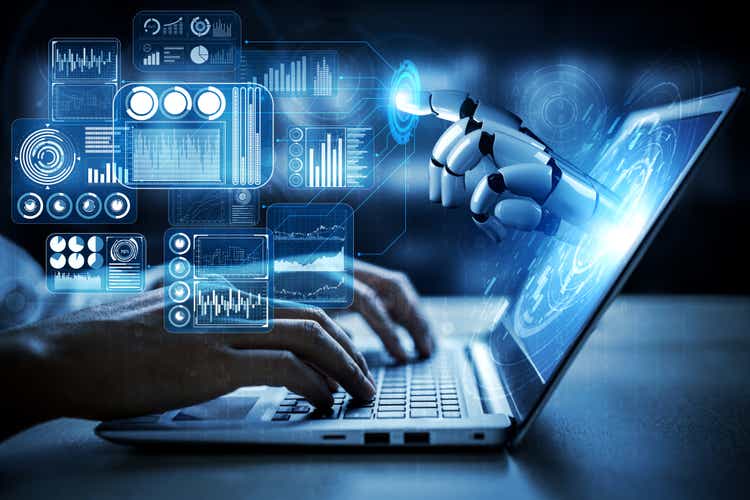 UiPath (NYSE:THE WAY) shares fell more than 11% on Wednesday after the software automation platform company cut its fiscal 2023 revenue forecast largely due to the impact of foreign currency exchange rates, which led to a downgrade of the investment company Mizuho.

Analyst Citi Panigrahi downgraded the firm on UiPath (THE WAY) to neutral from buy, while lowering the price target to $14 from $40, noting that annual recurring revenue is likely to come under pressure during this period of uncertainty.

“Inspired by the repositioning of go-to-market in the Enterprise/C-Suite, we believe the reorganization’s focus on profitability, as well as the potential deterioration of macro controls and the adoption of an enterprise-focused product, will put upward pressure on ARR,” Panigrahi wrote in a note to customers.

Additionally, Panigrahi added that while UiPath (THE WAY) downgraded the stock’s “risk-off” guidance for the second half of the year, with the stock likely to remain “range-bound” pending repositioning progress.

UiPath of New York (THE WAY) said they now expect third-quarter revenue to be between $243 million and $245 million, while Wall Street analysts were forecasting sales of $269.5 million. The company also expects sales for the fiscal year to be between $1.002 billion and $1.007 billion, compared to analysts’ previous estimates of $1.09 billion.

In the UiPath statement (THE WAY) CFO Ashim Gupta said that while the company’s “global footprint is an asset to the business, it exposes us to currency and macroeconomic volatility.”

Last month, hedge fund Coatue Management announced it had opened a new position at UiPath (THE WAY) in the second quarter, while making several other changes to its portfolio.