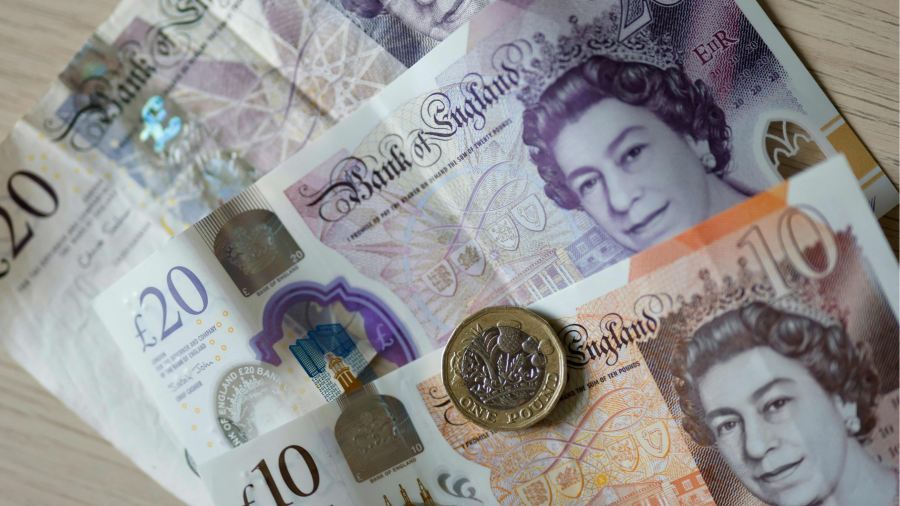 U.S. stock futures rose on Tuesday, while the euro and sterling jumped, pointing to improved sentiment after days of choppy trading.

Contracts tracking the broad S&P 500 rose 0.9 percent in early morning trading in Europe, while contracts tracking the Nasdaq 100 technology index rose 1.1 percent. The S&P fell 1.1% on Friday – the last trading day before Labor Day – ending a third straight week of declines as traders weighed the prospect of aggressive interest rate hikes by the Federal Reserve and a worsening economic outlook.

In currency terms, sterling fell 0.8% against the dollar to $1.16, having hovered near its weakest point in decades at $1.1444 just a day earlier. Sterling has not traded at such weak levels on a regular basis since the mid-1980s.

The moves on Tuesday hinted at a warming, less risk-averse outlook after hawkish rhetoric from the Fed and a deepening European energy crisis rattled financial markets. Fed Chairman Jay Powell in August reiterated the central bank’s commitment to curbing inflation, saying they “must continue to do so until the job is done.”

Markets are now pricing in a 0.75 percentage point Fed rate hike at the end of September, which would be the third consecutive rate hike. The central bank’s current target range is between 2.25 percent and 2.50 percent.

The European Central Bank will make its own decision on monetary policy on Thursday, and several Wall Street banks are expecting a whopping three-quarters of a point increase. In July, the ECB raised rates for the first time in more than a decade by an unexpectedly large 0.5 percentage points.

On Tuesday, the euro rose by 0.6% to 0.998 dollars. Japan’s yen fell 0.8 percent to 141.73 yen against the dollar, marking a decline of nearly 5 percent over the past month, as tight control over the yield curve in Tokyo contrasted with a sharp rise in bond yields in other major economies, reducing the appeal of the national currency.

“The yen’s role as a safe haven has been reduced by the deterioration of Japan’s trade position,” ING analysts note, “and the USD/JPY rally may have to continue until the Japanese authorities intervene.”

Stocks and bond prices fell on Monday as markets reacted to Russia’s indefinite shutdown of the key Nord Stream 1 gas pipeline on Friday, a scenario that threatens to add to inflationary pressures. Contracts tied to the TTF, the wholesale price of gas in Europe, rose by more than a third on Monday. On Tuesday, the TTF fell by about a tenth to 220 euros per megawatt hour.