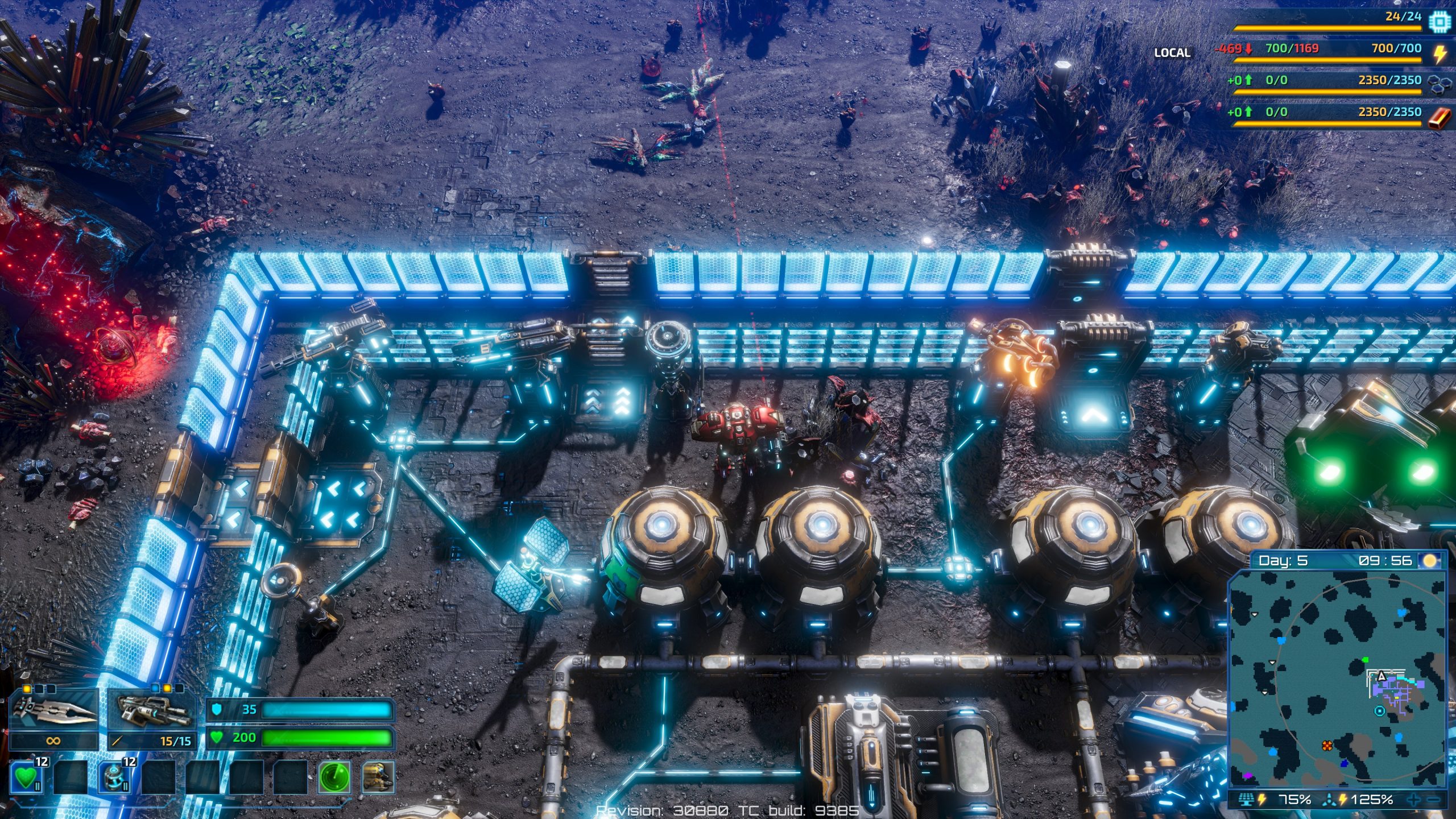 As listeners The Official Podcast of TheXboxHub will know, I have a problem with a game releasing DLC ​​so late in its life cycle. This is especially true for complex games like Breakerbecause to do justice to this DLC pack, you’ll probably want to start all over again, relearning the mechanics and complex control scheme.

That said, it’s both a positive and a negative, and playing it until the new Metal Terror DLC arrived reminded me just how much fun The Riftbreaker really is; this is a game you need to play if you haven’t already. But we’re here to talk about the Metal Terror expansion, which promises to add more to the campaign, taking us into a whole new world. Ready to start the metal terror?

The Metal Terror DLC story for The Riftbreaker is very good indeed, and a nice plus is that it is easily integrated into the normal progression. If you’ve already finished the game, you can pick up where you left off and events will unfold as the game progresses, or if you start over, the DLC will be inserted as part of the story.

Essentially, Ashley and Mr. Riggs witness a meteorite falling to earth that emits dark radiation. This leads to the scanning of a new area of ​​the world called Metal Valley and contact with an alien race that lived – and died – there a very long time ago. Or they? Ashley and her robot buddy discover that some alien creations they’ve dubbed X-Morph (flashbacks to EXOR Studio’s last game) are not only still active, but hostile. With a whole new set of technologies being unleashed, the stage is set to make sure the world of Galatea-37 is as hot as ever.

Visually, the Metal Terror expansion blends well with the base game, integrated with a new biome to explore, the aforementioned Metal Valley. The vegetation here seems to be mixed with metal, as does the local fauna, and they are very well designed. Building new alien artifacts like Morphium Towers affects how the landscape looks, as they can not only protect your installations, but also act as keys to dismantle some pesky alien structures, allowing you to explore to your heart’s content. However, be aware that not all alien structures are asleep, and as you pass through, their defenses begin to wake up and they begin to create organic creatures fused with machines to attack you. These Flurians are funny to look at, but fit the overall aesthetic very well.

The sound played through this new technology is also very well done, and the noise that the Morphium Towers make, while strange, is surprisingly accurate. Add new exposition and dialogue between the two main characters and, in general, the present is correct, fits perfectly.

The new things you can do in Metal Terror are very interesting. In the DLC levels, you’ll find a liquid called Morphium, and it can not only be used to power the base – with power plants as you explore them – but it can also power the turrets. What makes this interesting is that the turrets don’t need AI cores, just a pipeline and a turret pump to keep your base safe. At the same time, your Morphium power plant will provide plenty of power, and again only needs a pump and piping to keep it running well. By combining this with the other defenses already developed in the base game (laser turrets being the best), you can quickly create a fairly impregnable base. Enemies approach you at their own risk.

Speaking of enemies, be careful that some of them can fly and not only jump over walls causing chaos, but also think twice about flying through a puddle of liquid to attack your unprotected flank. I quickly realized that if I had a vital building somewhere, it was best to surround it with towers, even if it was far away from the perimeter fence. I’m used to hearing “Our base is under attack!” pretty quickly, as many of the enemies in Metal Terror are also ranged attackers, including world-seeking things like Fallen Servitors with Destiny 2, attacking from afar with a laser eye beam that most turrets seem to ignore. Adapt or die seems to be the motto of this new part of the campaign.

So what we have here with The Riftbreaker: Metal Terror is a set of DLC done right, integrated very well with the base game and able to offer new things that you feel you need to work on. The side story is interesting, and with new technologies to take advantage of, there’s a good eight hours of additional gameplay in this package; maybe even more if you want to meet all new creatures and plants.

All in all, if you enjoyed The Riftbreaker (and what wouldn’t?), then you’ll love the Metal Terror DLC.

The Riftbreaker: Metal Terror is available online The Xbox Store

As listeners of TheXboxHub Official Podcast know, I have a problem with a game releasing DLC ​​this late in its lifecycle. This is especially true for complex games like The Riftbreaker, because to do justice to this DLC pack, you’ll probably want to go back to the beginning all over again, learning the mechanics and complex control scheme. That said, it’s both a plus and a minus, and playing it until the new Metal Terror DLC arrives will remind you how much fun The Riftbreaker really is…