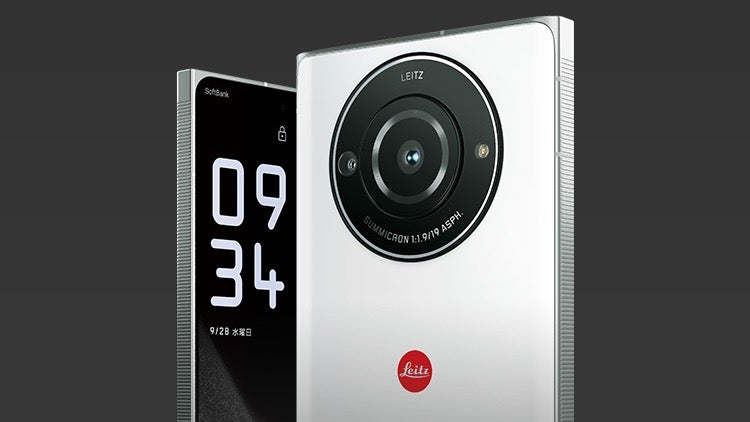 The Leica Leitz Phone 2 camera phone has been announced, but you’ll probably never see or use it.

Like last year Leica Leitz 1 phone, the Leica Leitz Phone 2 is a Japan exclusive. It’s a shame because it’s a pretty nice piece of kit.

It features a stylish textured metal rim design that’s easier to hold while shooting, which surrounds the white Leica finish and contrasting Leitz branding with a red spot. It ends with a special metal lens cap.

At heart, however, it’s essentially a Sharp Aquos R7 with a fancy coat. You get the same impressive 6.6-inch IGZO OLED display with a resolution of 2730 x 1260 and a blazingly fast 240Hz refresh rate.

You also get the same Snapdragon 8 Gen 1 processor, which is no longer the fastest Android chip on the market, but should still make a nice change. This is provided by 12 GB of RAM and more than enough 512 GB of internal memory. All of this is powered by a 5,000 mAh battery.

The main component here, of course, is the camera system. It sports a single 1-inch 47-megapixel Sony IMX989 image sensor with an f/1.9 aperture, along with a Leica Summicron 7-element lens. Aside from the 1.9MP portrait sensor, that’s all you won’t get on the front-rear camera. There is a 16-megapixel selfie camera on the front.

As the Japanese mobile network points out SoftBank, the much-coveted Leica Leitz Phone 2 will go on sale in Japan on November 18 for ¥225,360, which is around £1,350. It’s pretty damn expensive, especially when you factor in import costs.