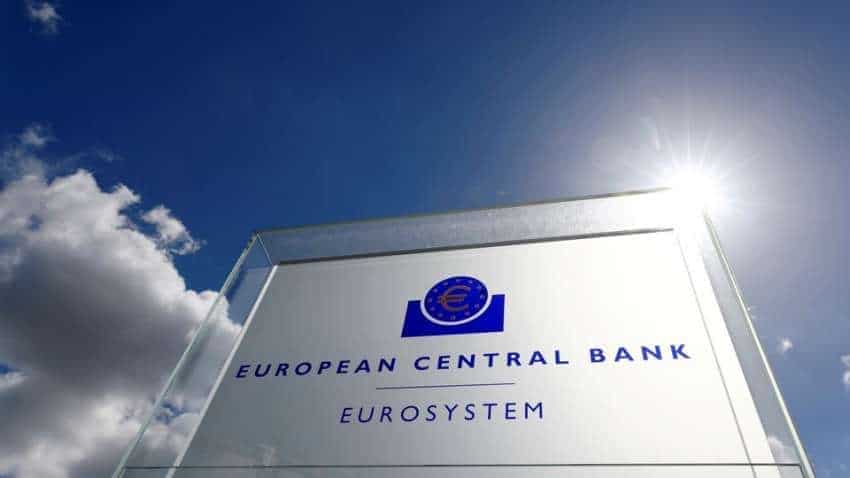 The European Central Bank (ECB) on Thursday raised its interest rate by the largest rate in history, following the US Federal Reserve and other central banks in a global trend of rapid rate hikes designed to quell record inflation that is weighing on consumers and pushing Europe into recession.

The bank’s 25-member governing board raised key benchmarks by an unprecedented three-quarters of a percentage point for the 19 countries that use the euro. The ECB usually raises rates by a quarter of a point and has never raised its key lending rate by three quarters of a point since the introduction of the euro in 1999.
Bank President Christine Lagarde said the ECB will raise rates “over the next few meetings” because inflation is “likely to remain above our target for an extended period”. At a meeting in July, he accepted a half-point raise, the first increase in 11 years.

Meanwhile, the economy is expected to “slow down significantly by the end of this year,” she said, adding that energy prices will remain unusually high.

The bank’s giant increase is aimed at raising the cost of borrowing for consumers, governments and businesses, which in theory slows spending and investment and cools the sharp rise in consumer prices by dampening demand for goods.

Analysts say it is also aimed at boosting confidence in the bank after it underestimated how long and severe this burst of inflation would be. After reaching a record 9.1% in August, inflation may rise to double digits in the coming months, economists believe.

The war in Ukraine has fueled inflation in Europe as Russia sharply cuts supplies of cheap natural gas, which is used to heat homes, generate electricity and run factories. This led to an increase in gas prices by 10 or more times.

European officials denounce the cuts as blackmail, aimed at exerting pressure and splitting the European Union over its support for Ukraine. Russia blamed technical problems and threatened this week to cut off energy supplies entirely if the West imposes planned price caps on natural gas and oil from Moscow.

Some economists say the ECB’s interest rate hike could deepen the European recession forecast for later this year and early 2023, driven by higher inflation that has made everything from groceries to utility bills more expensive.

Energy prices are outside the ECB’s control, but the bank believes a rate hike will prevent higher prices from feeding expectations into wage and price deals and that decisive action now will prevent the need for further hikes if inflation takes hold.

“Although energy prices and government support programs to protect consumers from some pain will have a much greater impact on inflation and the depth of the coming recession than monetary policy,” he said.

Higher rates can help fight inflation by boosting the euro’s exchange rate against the dollar and other currencies. That’s because the euro’s recent fall below $1 amid soaring energy costs and a worsening economic outlook is making imported goods, including energy, more expensive.

The ECB has lagged behind other global central banks in raising rates. Central banks around the world have rallied after inflation fueled by Russia’s war in Ukraine and the lingering effects of the COVID-19 pandemic, which have driven up energy prices and constrained supplies of parts and raw materials.

The sudden campaign to raise interest rates comes after years when the cost of borrowing and inflation remained low due to broad trends such as globalization, aging populations and digitalisation.
The ECB benchmark is now 1.25% for bank lending. The Fed’s main benchmark is between 2.25% and 2.5% after several significant rate hikes, including two of three-quarters of a point. The Bank of England’s key benchmark is 1.75%, while the Bank of Canada raised its benchmark by three-quarters of a point to 3 on Wednesday.