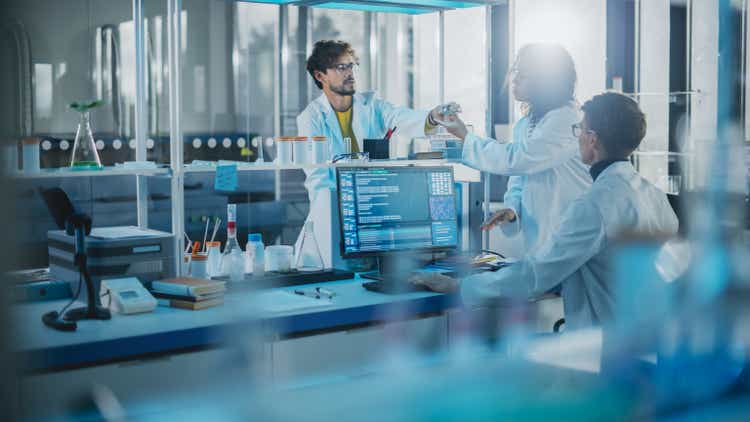 biophyte (NASDAQ:BPTS) said its drug Sarconeos was better at reducing the risk of respiratory failure or early death in patients with COVID-19 compared to a placebo.

Biophytis noted that in the primary analysis, Sarconeos reduced the risk of respiratory failure or early death at 28 days (the primary endpoint) by 39% compared with placebo (15.8% vs. 26.0%, adjusted difference 11.8% in favor of treatment) .

Biophytis added that the drug also significantly delayed the progression of respiratory failure or early death during the 28-day maximum treatment period.

The company, however, noted that Sarconeos reduced the risk of death after 28 days compared with placebo, in the same proportion as the observed reduction in the risk of respiratory failure or early death and delayed its onset by 90 days, but these effects were not statistically significant. are significant.

Sarconeas (BIO101) showed a good safety profile with a similar proportion of side effects compared to placebo, especially serious side effects (25% vs. 31%).

“In the coming months, we will share these results with regulatory authorities, health authorities and our partners in Europe, the US and Brazil to determine under what conditions we can continue the development of Sarconeos (BIO101) in COVID-19,” he said. CEO of Biophytis, Stanislaus Veillet.

Biophytis added that it is evaluating the possibility of making changes and continuing the early access program to make Sarconeos available before winter for some patients with COVID-19.