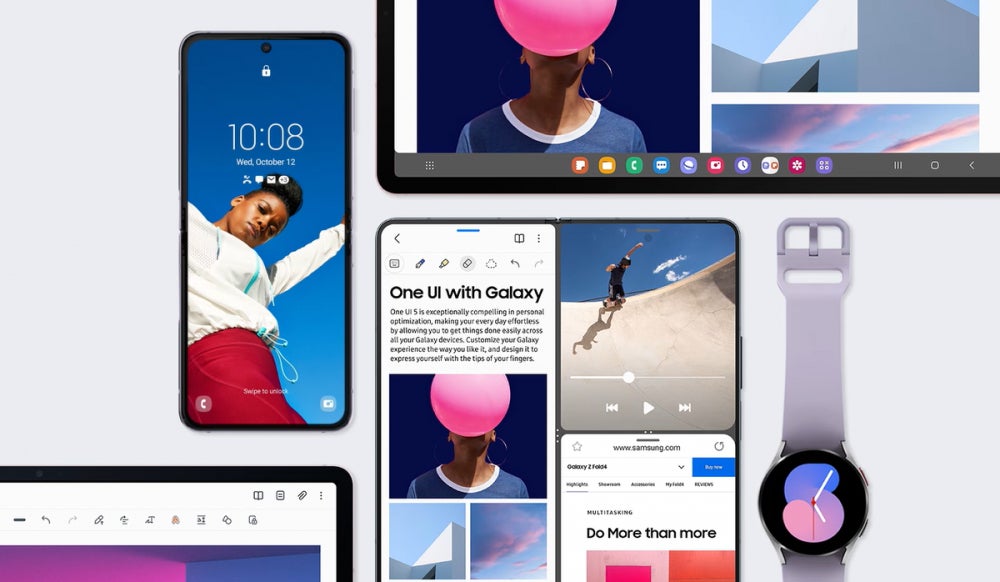 Samsung has promised that it will complete the rollout of Android 13 with One UI 5 to all eligible phones and tablets by the end of the year.

U post On Samsung’s website, the company said it will accelerate the rollout of One UI 5 to a wider range of models in the coming days, “including older flagship devices and tablets.” Its goal is “full distribution of all eligible devices by the end of the year.”

The company has already released the update to more than 46 models of Samsung Galaxy devices in the last two months, which is apparently the fastest release of an OS update. For a company that once had a reputation for being a bit sluggish in its support for new versions of Android, that’s a good thing.

Samsung also used the post to briefly describe the progress made with Android 13 and its own One UI 5 overlay. These include new color palettes and wallpapers, preset routines and modes, as well as new multitasking and split-screen options.

The manufacturer is expected to announce its new flagship line Galaxy S23 at a special Unpacked event in San Francisco on February 1.

We have recently seen what appears to be company colors Galaxy S23 Ultra and Galaxy S23 Plus, while there have been many leaks of specifications and design in recent months.

Qualcomm’s Snapdragon 8 Gen 2 appears to fit all three phones, while the Galaxy S23 Ultra is tipped to sport an upgraded 200MP primary camera.