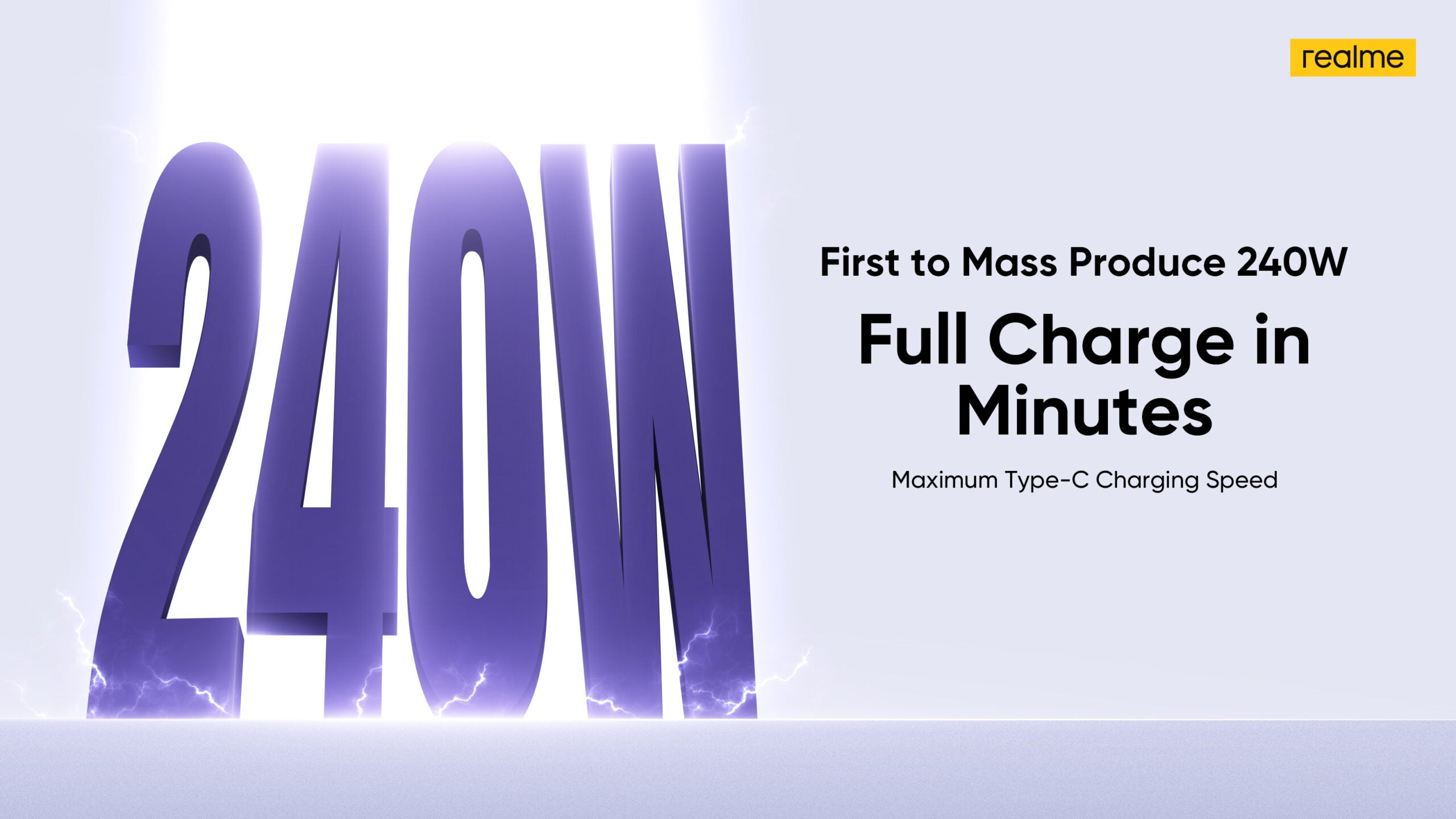 Realme has launched the GT Neo 5 in China, which is the first phone with 240W fast charging, the limit for USB Type-C.

Oppo launched proprietary charging standard of 240 W last February, but we haven’t seen it in the phone yet. At the moment, there is the Realme GT Neo 5.

Interestingly, in the press release it sent out, Realme doesn’t say anything about how fast the new 240W phone will charge, only that it can achieve a “full charge in minutes.” Maybe it’s just a case where we’re in the region of diminishing returns, so you need to pump a lot more energy to shave a factor or two from 0 to 100%.

Realme seems more keen to highlight the technology used to make 240W charging possible – and safe – in the GT Neo 5. In the “possible” stable comes the world’s first 12A charging cable, which is configured with four 21 AWG wires and an unusually dense GaN double charge brick.

The fast growing The brand has also included a beefy graphene heat dissipation system, which it claims is the largest in the industry. It also assures us that it vigorously tested the phone “at temperatures below 85 degrees Celsius and high humidity up to 85% for 21 days of continuous charging and power cuts.”

Durability shouldn’t be an issue either, as this maximum charge standard is said to be good for 1,600 battery charge cycles. With the average smartphone battery often rated at 500-1000 cycles, that’s pretty good.

As Realme points out, 240W is the limit of the USB-C standard, so it will be interesting to see what comes next.

That’s all Realme is talking about with the GT Neo 5, so we don’t have any other specs to confirm or even product images to show. We know it will arrive in mainland China in February 2023, and the brand’s 240W charging system will “come to the next flagship in the global market this year.”