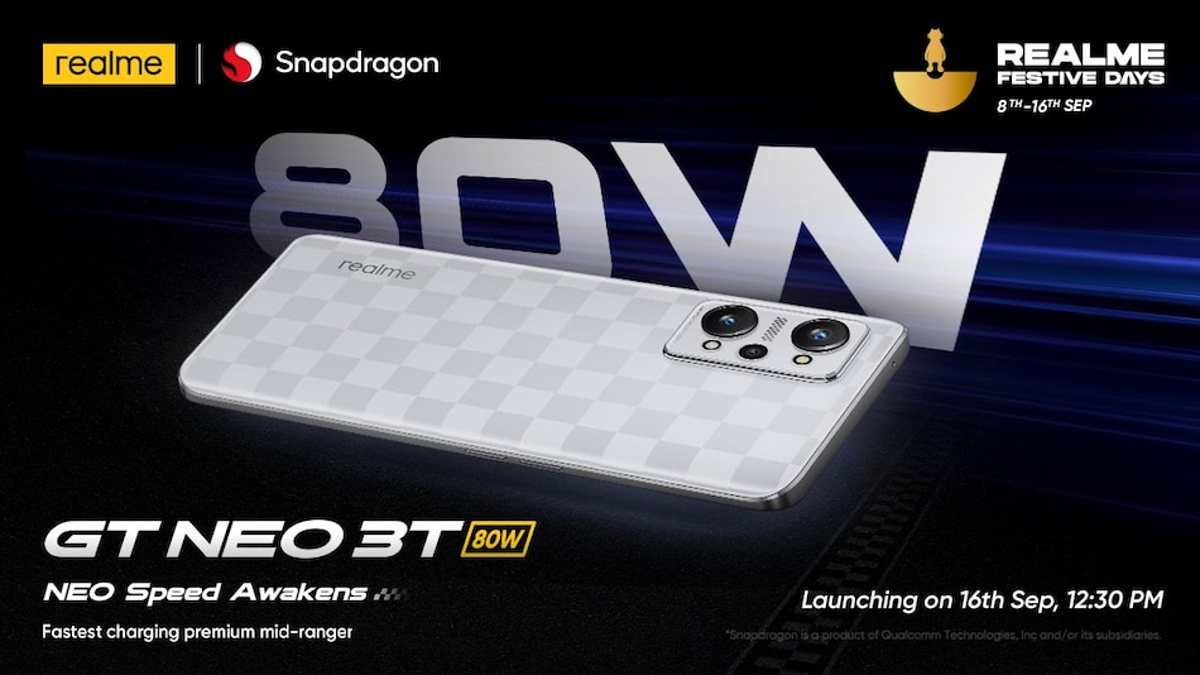 Realme introduced the GT Neo 3T smartphone in June this year. At the launch, the company said it would soon launch the device globally. Realme GT Neo 3T has now been confirmed to arrive in India on September 16 at 12:30 PM.

The company recently teased the launch of the smartphone in India with a dedicated landing page. This indicated the presence of support for fast charging with a power of 80 W Indian variant of Realme GT Neo 3T. The company has now updated the landing page to confirm that the device could be armed with an octa-core Snapdragon 870 SoC, similar to the global variant. Also, the rear panel of the Realme smartphone may appear with a “racing flag” design.

Every detail is inspired by the iconic design of the racing flag, which embodies the spirit of racing and speed!

The Realme GT Neo 3T was introduced with a 6.62-inch E4 AMOLED display with a fast refresh rate of 120 Hz and support for HDR10+. It is powered by a Qualcomm Snapdragon 870 processor coupled with an Adreno 650 GPU and 8GB of RAM.

To visualize, Smartphone realme uses a triple-camera setup with a 64MP primary camera sensor, an 8MP ultra-wide-angle secondary lens, and an additional 2MP macro lens. On the front, there is a 16-megapixel selfie camera sensor in a hole-punch cutout. A 5000mAh battery along with 80W fast charging support powers the smartphone.

You are already subscribed