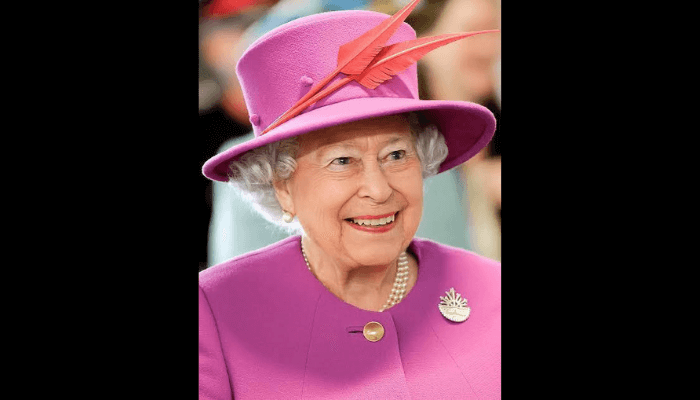 According to reports from Buckingham Palace, she died peacefully with her loved ones by her side.

Prince Charles, the Queen’s eldest son, will lead Britain in mourning for 40 days.

The Queen, who has been under special medical supervision since Wednesday.

The Queen died at her Balmoral residence in Scotland, where she had been spending her summer holidays since July bUckingham revealed in a statement Thursday.

“The Queen passed away peacefully at Balmoral this afternoon,” the statement said.

She will be succeeded by her eldest son Prince Charles, 73, who will succeed him as King of Great Britain and head of 14 other countries, including Australia, Canada and New Zealand.

The palace revealed that the Queen has been suffering from “episodic mobility problems” since late last year, which has forced her to withdraw from most public events.

Elizabeth Alexandra Mary, officially Elizabeth II, was born on April 21, 1926 at exactly 2:40 a.m. at 17 Bruton Street in Mayfair, London.
She was the first child of the Duke and Duchess of York, who later became King George VI, and Queen Elizabeth.
She spent most of her childhood at 145 Piccadilly, London, which her parents had taken over shortly after her birth, and at White Lodge in Richmond Park. She grew up with her mother, father and sister Margaret.

At the age of 10, she became first in line to the throne after her uncle Edward VIII abdicated to marry the woman he loved on 31 December 1936, making his father King George VI, who succeeded to the throne.

In 1939, when Elizabeth visited Dartmouth with her family at the age of 13, she met Prince Philip Mountbatten, an 18-year-old distant cousin whom she later married 8 years later. On October 13, 1940, at the age of 14, Elizabeth made her first radio show about the public’s efforts to support soldiers fighting in World War II.

The education of the princess was monitored by her mother, she was brought up at home. After her father ascended the throne in 1936 and she became his heir, she began attending classes in constitutional history and law with Henry Marten, vice-president of Eton College. She also studied languages ​​with a number of French and Belgian governesses.
The Queen also studied art and music, learned to ride a horse and became a strong swimmer. At the age of 13, she won the Children’s Challenge Shield at the London Bus Club.

In 1947 she married her distant cousin Philip, Duke of Edinburgh (1921–2021), whom she had met during a visit to Dartmouth with his family at the age of 13, with whom she had four children, including Charles, Anne, Prince of Wales and Prince Andrew.
Ascension to the throne
The Queen ascended the throne on February 6, 1952, following the death of her father, King George VI. She was in Kenya at the time, making her the first sovereign in more than 200 years to join abroad.
Queen Elizabeth II was crowned on June 2, 1953 in Westminster Abbey. Her coronation ceremony took place in Westminster Abbey, making her the thirty-ninth sovereign to be crowned in Westminster Abbey.

In 1956, Queen Elizabeth II visited Nigeria, where she commissioned a bronze sculpture of her to be exhibited by Nigerian sculptor Ben Enwonwu.

The Queen sat for Enwonwa in London for an artwork depicting her sitting with her hands on her knees in 1957 and was intended for her visit to Nigeria in January and February 1956.

Enwonwu completed and presented the sculpture at the Royal Society of British Artists exhibition in London in November 1957.
The proposal for the statue was initiated by Enwonwu, who contacted Alan Lennox-Boyd, the British Government’s Secretary of State for the Colonies. The statue was supposed to stand in the Nigerian House of Representatives until the independence of the Nigerian Federation and the end of colonial rule in 1960.

The Queen has sat for the Nigerian-born sculptor 12 times, with eight sittings in one location and four at the Reid-Dicks Maida Vale studio.
A studio was set up for Ewonwu in the queen’s palace, where he would spend an hour a day painting and sculpting with clay.

Due to the large size of the statue, Enwonwu later moved to the studio of Scottish regular sculptor William Reid Dick in Maid Vale, west London, where the Queen sat for four days after an eight-day stay at the palace.

Enwonwu created the original watercolor sketch of the Queen, depicting her in front and bust poses of Elizabeth as a measure to help develop her final pose, depicting her regalia.

The sculpture was cast in bronze by Giulio Galice in London, a second life-size version was cast in epoxy resin and exhibited at the Royal Society of British Artists exhibition in London in November 1957.