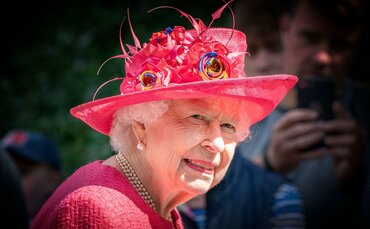 The Royal Family announced the news in 1830 in a statement which said: “The Queen died peacefully at Balmoral this afternoon.

The Queen was Britain’s longest-reigning monarch, having celebrated her Platinum Jubilee and 96th birthday earlier this year.

It was previously announced that doctors had become concerned about her health and she had been placed under medical supervision at Balmoral Castle. Her family traveled to Scotland to be near her.

In addition to being the head of state of the United Kingdom, the Queen was the head of the Commonwealth of Nations, which consists of 54 independent countries, and the Church of England.

During her reign from 1952-2022, the Queen presided over 15 British Prime Ministers and 13 US Presidents.

During that time, the Queen witnessed the first moon landing, the fall of the Berlin Wall and was the first reigning British monarch to visit the Republic of Ireland.