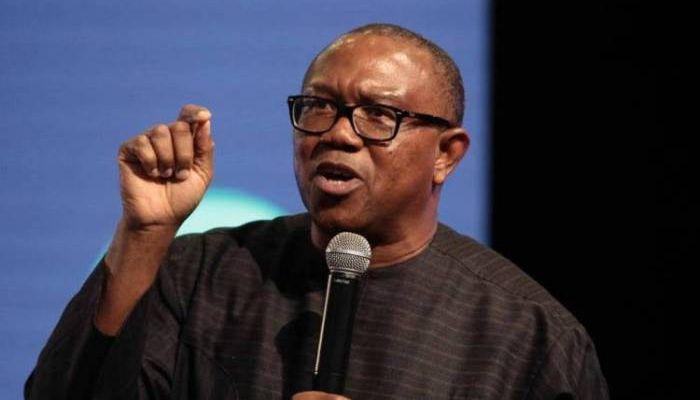 Peter Obi, the Labor Party’s presidential candidate, on Tuesday denied claims that he or his campaign organization received $150 million from the diaspora in donations for his campaign.

Obi responded to allegations on social media that he or his organization received $150 million from the diaspora. According to many, this is a clear violation of election law on funding from outside the country.

According to investigation, the statements were made by a group under the umbrella of Tinubu-Shettima Connect Association. The group asked the Independent National Electoral Commission (INEC) to disqualify Obi over the alleged funding as he is in breach of the Electoral Campaign Finance Act.

However, speaking during an interview with Channels TV in London, Atiku Abubakar’s former running mate in the 2019 general election denied such allegations, saying they were nothing more than “baseless speculation”.

Obi who was in London to continue his sensitization tour to Nigerians beyond the shores of Nigeria.

“No one gave me anything,” he said, showing a physical refusal to deny such an amount received by him or his organization. “These are assumptions. I don’t need what they would give me. But what would they give to Nigeria because we need them to turn Nigeria around.

“This is the energy, the potential that we need to develop Nigeria. Every country that was turned upside down was done by the diaspora. Even in the Bible, Joseph, who left later, came back to feed his people.”

“This is not a campaign, this is a consultation,” he added, defending his meetings with Nigerians in Europe and North America. “I am consulting the Nigerian diasporas to see why they should participate in the Nigerian electoral process. And you see from the way I talk and everything I do is what I say, let’s get involved.

They are the most important components in the turnaround of Nigeria. The investment that Nigeria needs to deploy is the diaspora. If they believe in Nigeria and bring their resources, both in terms of their material, talent and energy, we will turn the country around. »

Obi, who has the broad support of many young Nigerians, has called for the 2023 election to be based on merit rather than religion or ethnicity.

“Elections in Nigeria in 2023 should not be based on ethnicity, religion, connections, ‘my turn’ or any bias,” he said. “It must be of character, competence, ability and determination to deal with the problems of Nigeria.”