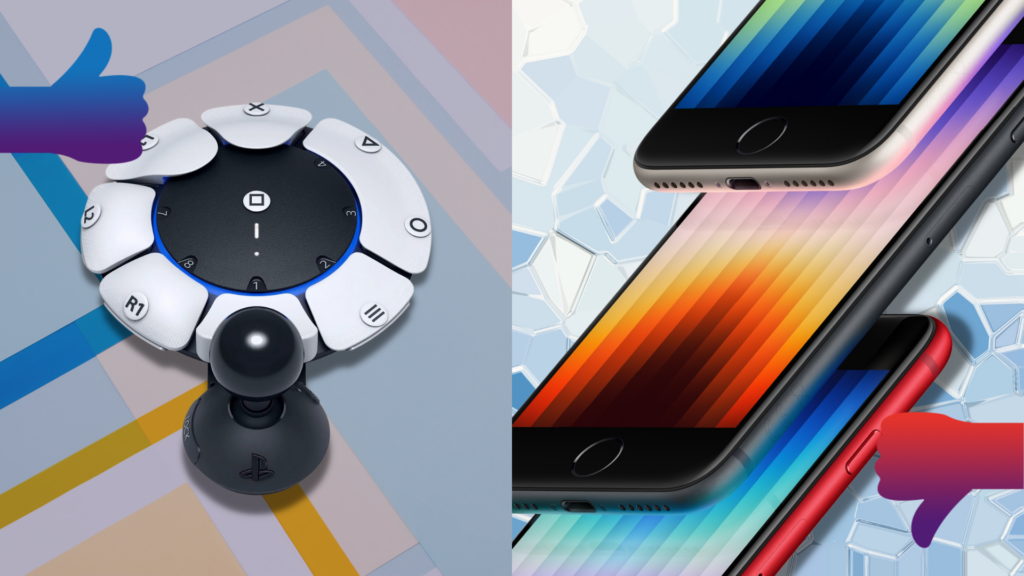 OPINION: It’s Sunday, which means it’s time for us to tally up our picks for this week’s headline winners and losers.

It was a relatively quiet week, with many companies exhausting all the big announcements for January CES 2023. Among this week’s highlights Intel shows off its fastest processornew high resolution Sony Walkman and the date of what we hope will be The Spotify HiFi launch we’ve been waiting for.

Keep reading to find out who our winner and loser is this week.

Our winner this week is Sony after the company announced a new controller designed to make PS5 games more accessible.

The controller is codenamed Leonardo project – was unveiled at CES this month and is designed to make the PlayStation console more accessible to players with limited control, such as difficulty holding a controller for long periods of time, pressing small groups of buttons or placing their fingers on a standard controller.

The controller kit has a circular design that can be modified with interchangeable components, including analog stick caps and buttons of various shapes and sizes. Gamers can change the buttons, placement and distance from the analog stick to the gamepad.

In terms of software customization, players can also change the button layout, including using multiple buttons for the same function or assigning two functions to a single button.

There is also the ability to save programmed button settings as control profiles and switch between them by pressing the profile button, with up to three control profiles supported on a single console.

Project Leonardo lies flat, meaning it can be placed on a tabletop or wheelchair tray and secured to AMPS mounts and tripods. The controller can even be paired with a DualSense wireless controller or a second Project Leonardo so players can switch between controllers and play together.

Unfortunately, Project Leonardo is still in development, meaning we’ll have to wait a little longer to see the controller on store shelves. However, it does mean that Sony has more time to fine-tune with gamer feedback, so we’re excited to see the final product.

Apple lost out this week as rumors spread that the company had decided to do just that cancel iPhone SE 4.

The latest leak comes from a respected Apple analyst Ming-Chi Kuo (via MacRumors).

According to Kuo, Apple originally planned to use the iPhone SE 4 announcement as an opportunity to show off its new proprietary 5G modem. However, that plan appears to have been scrapped, as the modem reportedly won’t be ready until 2025. That leaves Apple likely to continue using Qualcomm modems until 2024.

So what exactly does this leave the iPhone SE 4? Kuo doesn’t go into detail about exactly why Apple abandoned the SE, but he does say that the supply chain was instructed to cancel production and shipping plans for the phone, which seems pretty damning if true.

It’s a shame that Apple seems to be ditching its cheapest iPhone yet. We were fans iPhone SE 3 as well as great performance and a great camera (not to mention iOS at an affordable price).

Of course, it hasn’t been officially confirmed that Apple will cancel the phone. If that happens, though, we’re hoping the company will release another affordable model — or better yet, lower the price of its flagship iPhone to make up for the loss.