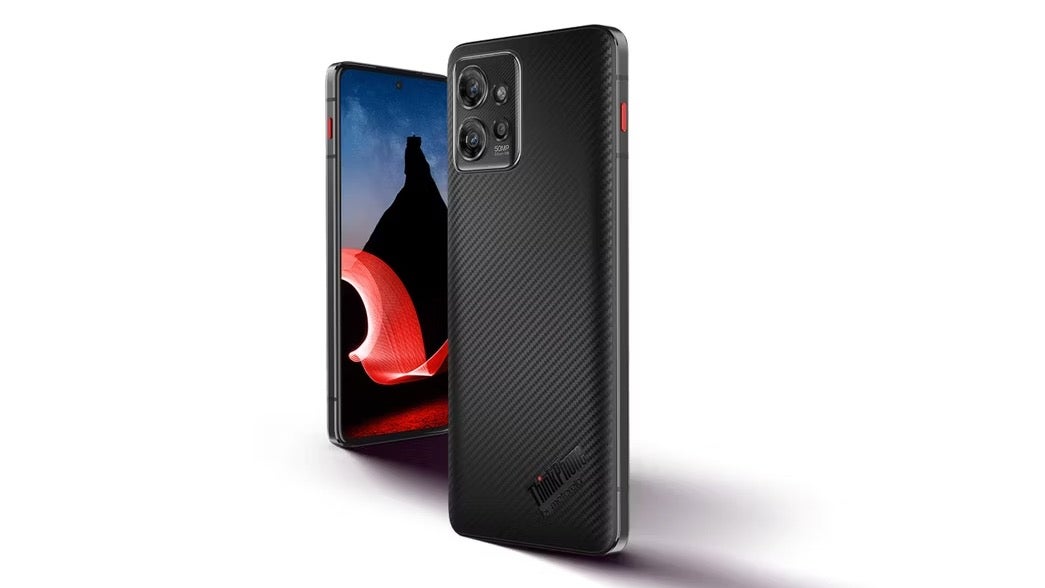 It looks like Motorola will borrow the prestigious Lenovo ThinkPad laptop brand for the upcoming smartphone.

The news comes from leaked renders posted by the king of spoilers himself, Evan Blass aka evleaks (via XDA Developers).

As you can see below, the render shows off a fairly typical Motorola phone with a few distinctive details. The carbon fiber texture and ThinkPhone branding on the back of the device are very reminiscent of Lenovo’s famous line of business laptops.

You also get a bonus hardware button on the left edge, painted in bold red, located in the flat part iPhone 14– like a rim. The front of the phone appears to have minimal bezels and a central punch hole.

There’s always the possibility that the Motorola ThinkPhone will be nothing more than a rebrand of the X40 Pro in an attempt to cash in (or perhaps test) the brand’s cool factor. We’ll have to learn more about the ThinkPhone’s specs and software to be sure.

Last week, Motorola announced the Moto X40 in China with a Snapdragon 8 Gen 2 processor and a 6.7-inch AMOLED display with FHD+ resolution and a higher than normal 165Hz refresh rate.

Its camera system has a 50MP primary sensor, a 50MP ultra-wide and a 12MP telephoto lens, while there is a 60MP selfie camera on the front. We’re keeping our eyes peeled for a Western release in the New Year.