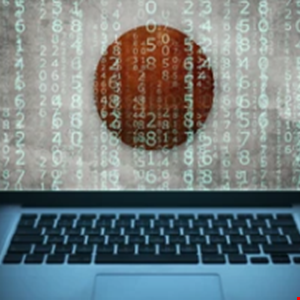 Hacker group linked to Russia Killnet claimed responsibility for a series of cyber attacks against Japanese companies and 20 websites in four government ministries.

In particular, the country’s government is reportedly investigating whether the problems with the aforementioned sites were caused by a denial-of-service (DDoS) attack, according to Chief Cabinet Secretary Hirokazu Matsuna.

Japan’s digital agency also said its e–Gov administrative portal had problems logging into some services on Wednesday, but did not specify the cause.

“We are aware that [Killnet] A hacker group has suggested that it is behind the attacks, but at this time we are still investigating the reasons for the outages, including the group’s involvement,” Matsuno added.

The minister also said that although access to government websites was not open on Tuesday evening, they were restored on the same day.

According to Syarhei Shykevich, head of the threat intelligence group Program check pointhowever, it is likely that Killnet was behind these attacks.

“Killnet’s arguments for these attacks are related to Japan’s support for Ukraine in the ongoing Russian-Ukrainian war, as well as the decades-long dispute over the Kuril Islands, which both sides claim sovereignty over,” Shykevich said. Information security Magazine.

“Disrupting the daily lives of citizens with attacks on government and organizational websites is a sure way to cause inconvenience to the government and the people.”

In addition, a cyber security expert said that organizations in countries targeted by Killnet should be vigilant about the risks, as the group uses various tools to achieve its goals, including data theft and disruptive attacks.

“Adopting a prevention-first cybersecurity strategy will help reduce the likelihood of a cyber attack, such as preparing a proper offline backup of critical business information, including a worst-case scenario recovery plan and segmentation between critical and less critical areas of the corporate network,” Shykevich explained.