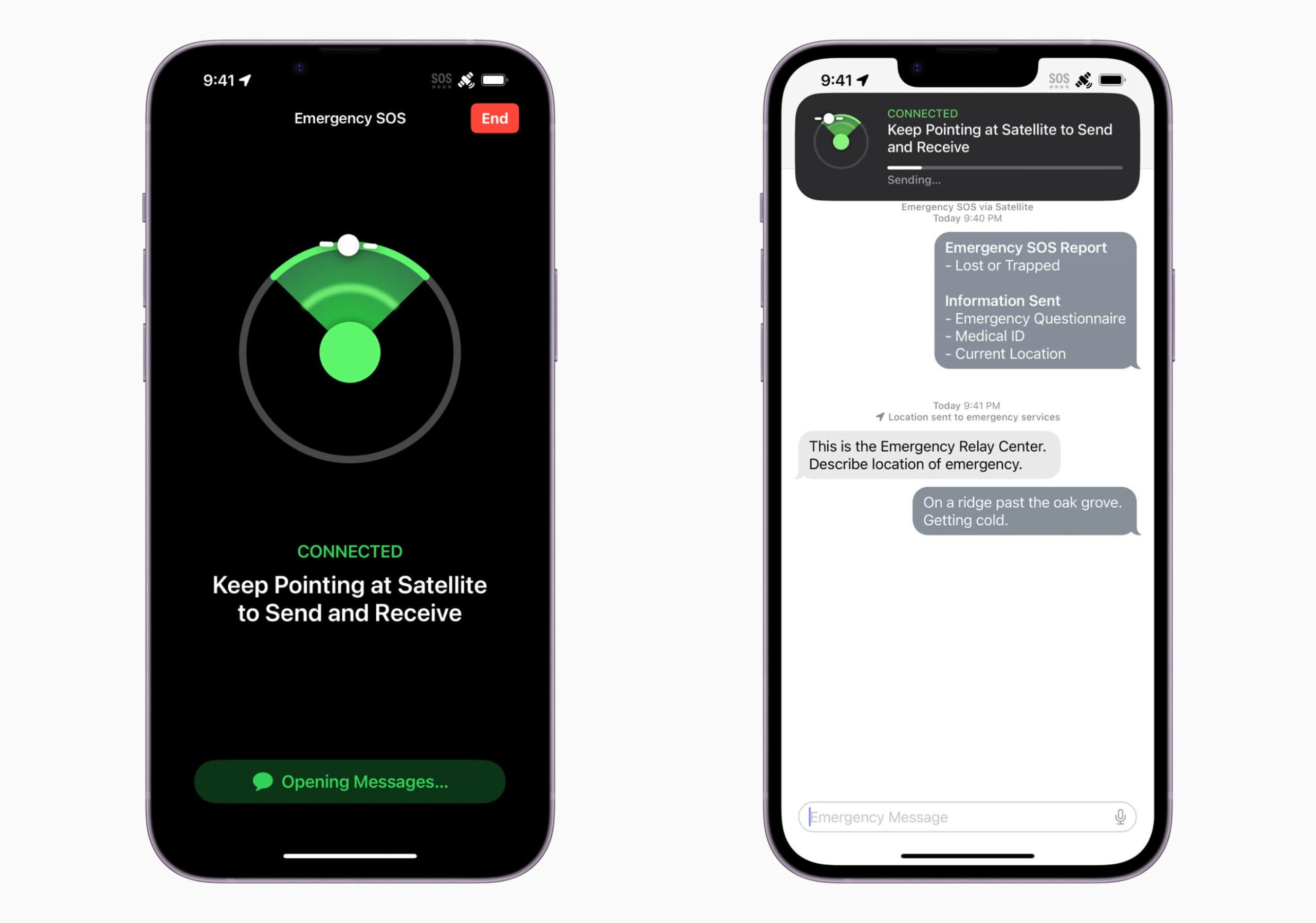 Apple has confirmed its information for the first time Emergency SOS The satellite messaging service will be available in the UK by the end of the year.

The service, which allows users to contact emergency services when Wi-Fi and cellular connections are unavailable, is launching today in the United States and Canada.

However, Apple will extend satellite connectivity to iPhone 14 owners in the UK, France and Germany in December. This is great news for adventurers in the UK who have been considering upgrading to take advantage of the new satellite technology.

Apple announced the features at the iPhone 14 unveiling in September after months of speculation. The new mobile devices have new special components that allow users to connect to GlobalStar satellites without having to build a large antenna into the device.

The technology works by compressing regular-sized messages by 300 percent, allowing them to be sent and received via low-Earth orbit satellites in just 15 seconds.

Apple is giving users the opportunity to demonstrate the technology today, naturally without disturbing emergency services while users familiarize themselves with the technology in case of an emergency.

“Using the built-in demo version of Emergency SOS via satellite, users can test the satellite connection on their iPhone by connecting to a real satellite in range without calling emergency services, allowing them to experience the process and familiarize themselves with the service,” the company wrote. in blog post today.

Apple is also sharing a bunch of screenshots (above) that demonstrate how the process works and what the interaction with emergency services will look like on their iPhones. For example, a failed call attempt will give users the option to use emergency text via satellite.

Users will be asked to point their phone at the sky to connect to the satellite before answering a few short questions about their situation, sharing their location and medical ID. The person at the relay center will then ask them to describe the location of the emergency.

iPhone 14 owners will need to update to iOS 16.1 to use the service. We’ll let you know exactly when the UK rollout starts.