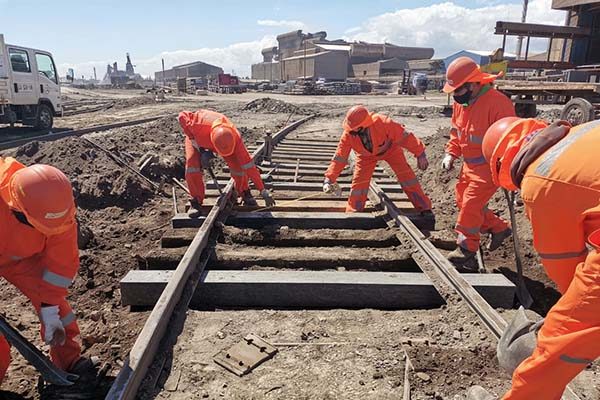 You might not think of the venerable railroad sleeper as something ripe for innovation. But a Louisiana-based composites manufacturer sees things differently. In fact, he has big plans to bring the humble cross sleeper—the rectangular block that keeps the steel rails bolted to the ground—into the 21st century by making it out of more sustainable materials.

Traditional railroad sleepers are made from either chemically treated wood or stronger, more expensive concrete, according to Sarepta, Louisiana. IntegriCo company. A private equity-backed firm says a better and greener way to make railway sleepers is to use plastics that would otherwise end up in landfill.

IntegriCo says it works with recycling centers called Material Recovery Facilities (MRFs) to collect discarded secondary materials such as ketchup bottles, yogurt containers, margarine tubs, meat trays, egg cartons, plastic cups and plates. The company then uses a special “low-heat” process that preserves the properties of these original elements to create a durable composite material. The resulting “IntegriTies” can extend the life of railroad sleepers by up to four times that of traditional wooden sleepers in areas with high rot, according to IntegriCo.

The company claims that since inventing the recycling process in 2007, it has diverted more than 80 million pounds of plastic from landfills into products such as railroad ties.