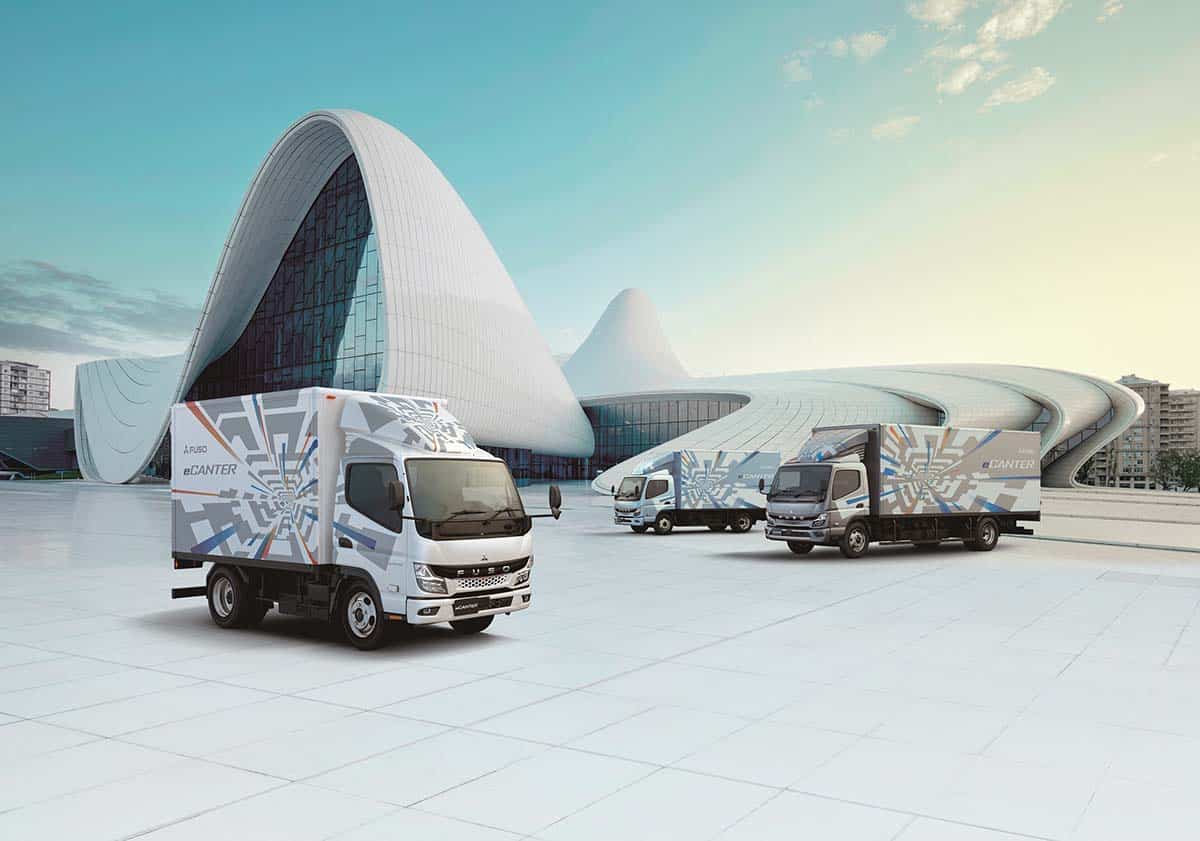 The next-generation model of the all-electric eCanter light truck has been unveiled by Fuso in Japan.

After five years of experience, Mitsubishi Fuso Truck & Bus Corporation (MFTBC) has unveiled the first glimpse of its next-generation eCanter.

MFTBC adopted the eAxle in the new eCanter, integrating the engine with the rear axle and providing a more compact transmission structure.

Thanks to these structural changes, a significant expansion of the product line became possible.

The next-generation eCanter lineup includes 28 variants for the Japanese market and around 80 variants for overseas markets to meet a wider range of logistics needs.

In addition to the current model’s 7.5 ton gross vehicle weight (GVW), the new vehicle comes in weight classes from 5 ton to 8 ton for Japanese customers and starts at the 4 ton class for overseas models.

The cockpit variation has also been expanded; MFTBC recently offers a wide cab (2130mm) that can accommodate more cargo, in addition to the standard cab width (1700mm) that provides more flexibility for routes on narrow roads. The variety of wheelbases has also been extended – from 2,500 mm to 4,750 mm.

Additionally, Japanese customers have access to a V2X feature that allows eCanter batteries to power homes and other equipment in the event of an emergency.

The new model is also equipped with an “ePTO” power take-off unit, which allows a special application for customers who want to operate their eCanter with a dump truck, rear crane or climate-controlled van body, among other various options.

Regenerative braking can be controlled at four levels, which significantly contributes to energy savings and improved handling.

In addition, a newly integrated battery pre-conditioning function allows the battery to be pre-heated with a timer during AC charging, as well as a heater cut-off function to save energy consumption. An energy-saving heating function has also been added, which heats only the most necessary areas, such as the seats and the steering wheel.

Sales of eCanter Next Generation on the Japanese market are planned for spring 2023.

MFTBC will also launch the new car in additional foreign markets in the coming years.

Since its launch in 2017 as the first production all-electric light truck in Japan, this pioneering vehicle is also in service in Europe, North America, Australia and New Zealand.