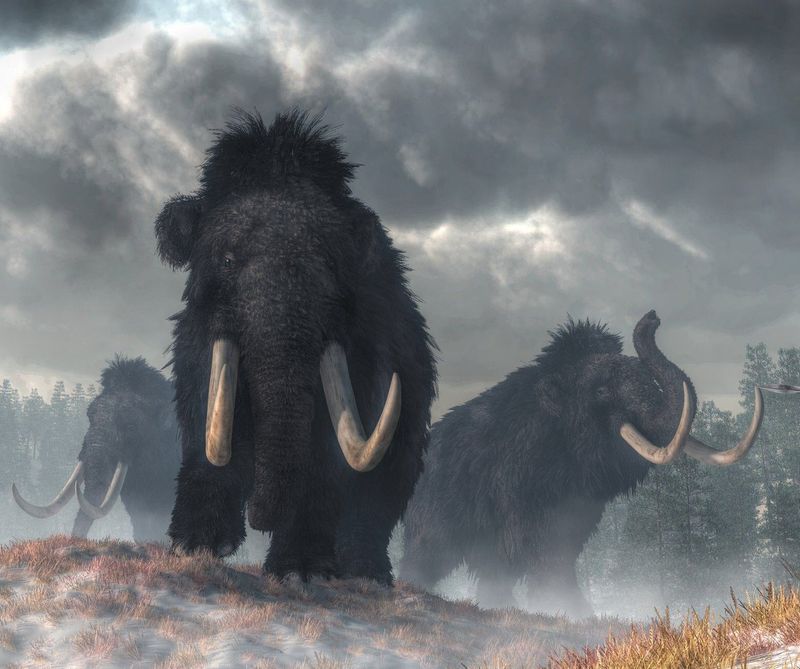 “Mammoths cannot die out. They’re the biggest creatures on Earth,” said Manny, the woolly mammoth character in the movie “Ice Age.” But the hairy cousins ​​of Asian and African elephants were wiped out from this planet about 4,000 years ago. The question of why the mammoth and other arctic mammals became extinct at the end of the last ice age is hotly debated. One widely accepted theory is that fire and the development of tools like spears, hooks, and nets helped humans become ace hunters, leading to the extinction of woolly mammoths, ground sloths, rhinoceroses, and other mammals.1 However, researchers also consider climate change, habitat loss and disease outbreaks as likely causes.2

In recent years, scientists have turned to environmental DNA (eDNA) in permafrost and lake sediments across the Arctic to dig deeper into the causes of mass species extinctions. In a recent study published in Nature, led by Eske Willeslev of the University of Cambridge and the Lundbeck Foundation’s Center for Geogenetics, climate change, not humans, is the main culprit.3 By analyzing eDNA sequences collected from several locations, scientists have reconstructed the environmental history of the Arctic over the past 50,000 years. “[eDNA] are in different layers of the sedimentary profile, and we extract DNA from different layers representing different age ranges,” said lead author Yuchen Wang, a research fellow in the Department of Zoology at the University of Cambridge and a visiting postdoctoral fellow at the University of Copenhagen.

Based on ancient DNA preserved in mammoth fossils, Wang and others previously believed that woolly mammoths died out around 10,000 years ago, possibly due to their interactions with humans. When Wang analyzed mammoth eDNA from the sediments, he made a surprising discovery. It turns out that mammoths survived until 3,900 years ago, interbreeding with humans for 20,000 years. “I have to clarify that this is pre-human in a very small population and they don’t have weapons… so their ability to kill animals is very limited,” he said.

Sedimentary eDNA samples are inherently difficult to study because the DNA fragments come from many species of plants, animals, and microbes. To establish the relationship between mammoths and their environment, Wang focused on the eDNA of plant sediments in more than 500 samples collected from North America, Asia and Europe. Wang and his colleagues created a reference genome database covering about 1,500 modern plant species to discern which species’ DNA was present in the frozen mud samples. “They developed a database specifically for arctic plants, and it allowed them to identify much more than was done before,” said Peter Heintzmann, an associate professor at the Center for Paleogenetics at the University of Norway, who was not part of the study.

In addition, Wang and his colleagues used paleoclimate modeling to predict past climate and its effects on plant species in the Arctic. They reconstructed climate conditions over the past 200,000 years in the Arctic and combined this with human occupation and animal and plant eDNA coverage. “We found mainly climate change, climate warming trends that caused changes in vegetation. [Climate change] is a major factor in extinction,” Wang said. So when the last patches of vegetation in the arctic tundra disappeared due to a warming climate, so did the mammoths that relied on it for food.

The eDNA database used in Wang’s model spans 50,000 years, with samples coming from many intercontinental sites, and the climate change timeline and impacts vary between continents. “That’s the real challenge with combining these kinds of massive spatiotemporal datasets. We know that what is happening is very difficult,” Heintzman said.

Looking ahead, Wang and his colleagues have a number of other species to identify in their eDNA samples, including animal, microbial and insect genomes. Getting a complete picture of species present throughout time will help them understand the impact of climate change on the entire ecosystem.