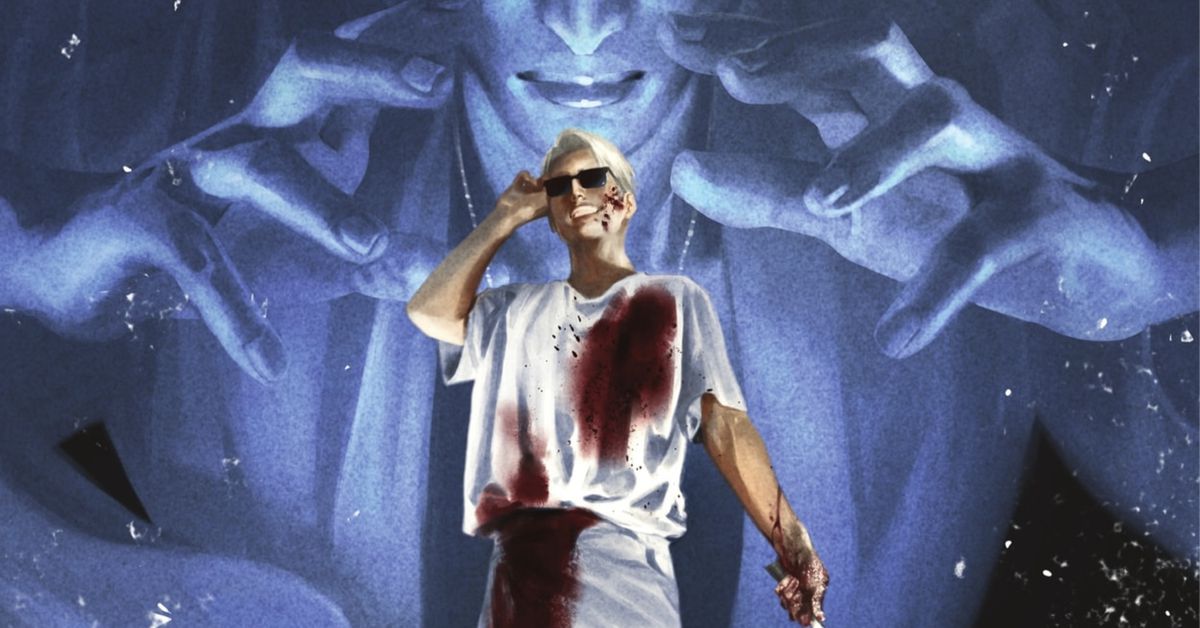 Earlier Sand man Ever premiering on Netflix, the casting of professional Handsome Menace Boyd Holbrook as the Corinthian – a tooth-for-eye nightmare who invented serial killers – almost guaranteed a fan following.

And just in time, there’s a book just for the beautiful, precious people who make souvenirs and write Corinthian/Second Person Reader fiction: The land of nightmares by James Tynion IV and Lysandra Esteren.

In fact, it’s more than just on time. The book consists of five issues that tell the story of a young woman who has nightmares when she is awake. And her encounter with the Corinthian leads to a twist that is both wild and entirely appropriate Sand manlogic.

In Gaiman’s world, nightmares roam the earth, Lucifer runs a piano bar, and dreams don’t have to be real to have power. So it’s actually pretty incredible that Tynion and Esteren revealed that the villain of their first arc is… the angel Moroni who allegedly appeared to Joseph Smith, the founder of Mormonism.

Welcome to Monday Funnies, Polygon’s weekly list of books our comics editor enjoyed last week. It’s part community pages of superhero lives, part reading recommendations, part “check out this cool art.” There may be spoilers. Perhaps the context is missing. But there will be great comics.

Also, it was a small week for releases, as “fifth Wednesday” usually is, so we decided to focus on one beautiful book launch. (And if you missed the latest edition, read this.)

Gaiman Sand man — together with American Gods are his great works of cosmological egalitarianism. All beliefs, from superstition and urban legends to folktales and organized religion, are on the table and ripe for inclusion and dramatization in the American melting pot. The world of comics gives us plenty of space to watch Brits write great American novels The guards as your example. Clicking on the figure of Moroni as a Sand man The character is an excellent example of the understanding of American spiritual laxity that only a true American writer can put into production.

so far, The land of nightmares was a comic of disparate elements, all of which are extremely Sand man. There is a young artist who never dreams, but sees a monster with toothless maws instead of eyes when she is awake. For some reason, she’s caught the eye of her employers and their horribly self-mutilating hitmen, Mr. Agony and Mr. Ecstasy. Which fascinates a rich asshole who himself is controlled by an unnamed, formidable angel. And the Corinthian, who seems to be searching for the meaning of his influence on the dreamers and the identity of the mouth-eyed monster that convulses his style, takes an interest in all this.

Created in the late 1980s, Corinthian was Gaiman’s answer to the American “the golden age of serial killing,” claiming that a horrific nightmare created to force mortals to fruitfully confront their fears has escaped into the waking world and inspired enough assassins to hold a secret annual convention for the occasion. Horror writer Tynion is one of the creators of the fiercely insightful Department of truth with artist Martin Simmonds – marinates in American conspiracy theories, urban legends and folk mythology since about 2016. The perspectives Gaiman got second-hand, Tynion has by birthright: a strange sensibility and a cynical American understanding of the country’s mythology. It’s hard to think of a better coincidence to include America’s most basic homegrown religion in the story of the Corinthian.

The land of nightmares spent my sweet time setting up smaller bets with staples Sand man form: mortals instantly destroyed by endless drama, a terrifying duo of killers, a rich guy who arrogantly believes he can conquer the supernatural as he conquered the material. It was a comic I enjoyed reading, but not one I DMed my friends to praise.

But is your villain the angel who invented Mormonism, back to take another stab at violently shaping the American dream to suit his own mysterious agenda? I can’t to wait to see where it goes.