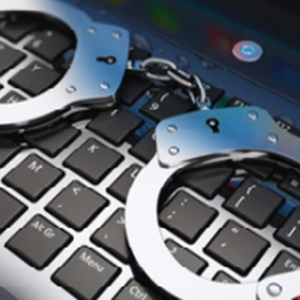 Authorities in the US and Portugal have shut down a notorious cybercrime marketplace that for years made millions of dollars for sellers of stolen personal information (PII), according to the US Department of Justice (DoJ).

WT1SHOP was one of the largest websites of its kind, offering approximately six million records for sale.

It was seized by Portuguese authorities yesterday, while their US counterparts shut down four associated domains: “wt1shop.net”, “wt1store.cc”, “wt1store.com” and “wt1store.net”.

Among the records put up for sale on the market were 25,000 scanned driver’s licenses and passports, 1.7 million e-commerce store login credentials, 108,000 bank accounts and 21,800 credit cards. The Ministry of Justice said.

They could be bought from sellers on the forum using bitcoins. As of December 2021, 106,273 users and 94 sellers were registered on the site.

Stolen credentials have become a big draw for shoppers. As of June 2020, the marketplace has facilitated the sale of 2.4 million credentials worth $4 million, including logins for retailers, financial institutions, email accounts, PayPal accounts, and IDs. In addition, credentials for remote access and control of computers, servers and network devices were for sale, the Justice Department said.

The site’s alleged administrator, Mikalai Kolesnikov, 36, of Moldova, was charged with conspiracy and trafficking in unauthorized access devices in a complaint filed in April and unsealed yesterday.

Law enforcement authorities apparently tracked bitcoin sales on the site, payments made to WT1SHOP’s web hosting, email addresses associated with WT1SHOP, and relevant login information from those accounts to Kolesnikov. Based on this information, they concluded that he was the operator and chief administrator of WT1SHOP.

If convicted, the Moldovan faces a maximum of 10 years in federal prison, although it is unclear if he is currently free.

The latest enforcement success comes amid several crackdowns this year, including in the ID marketplace SSNDOB, Hydra Market, and RaidForums.