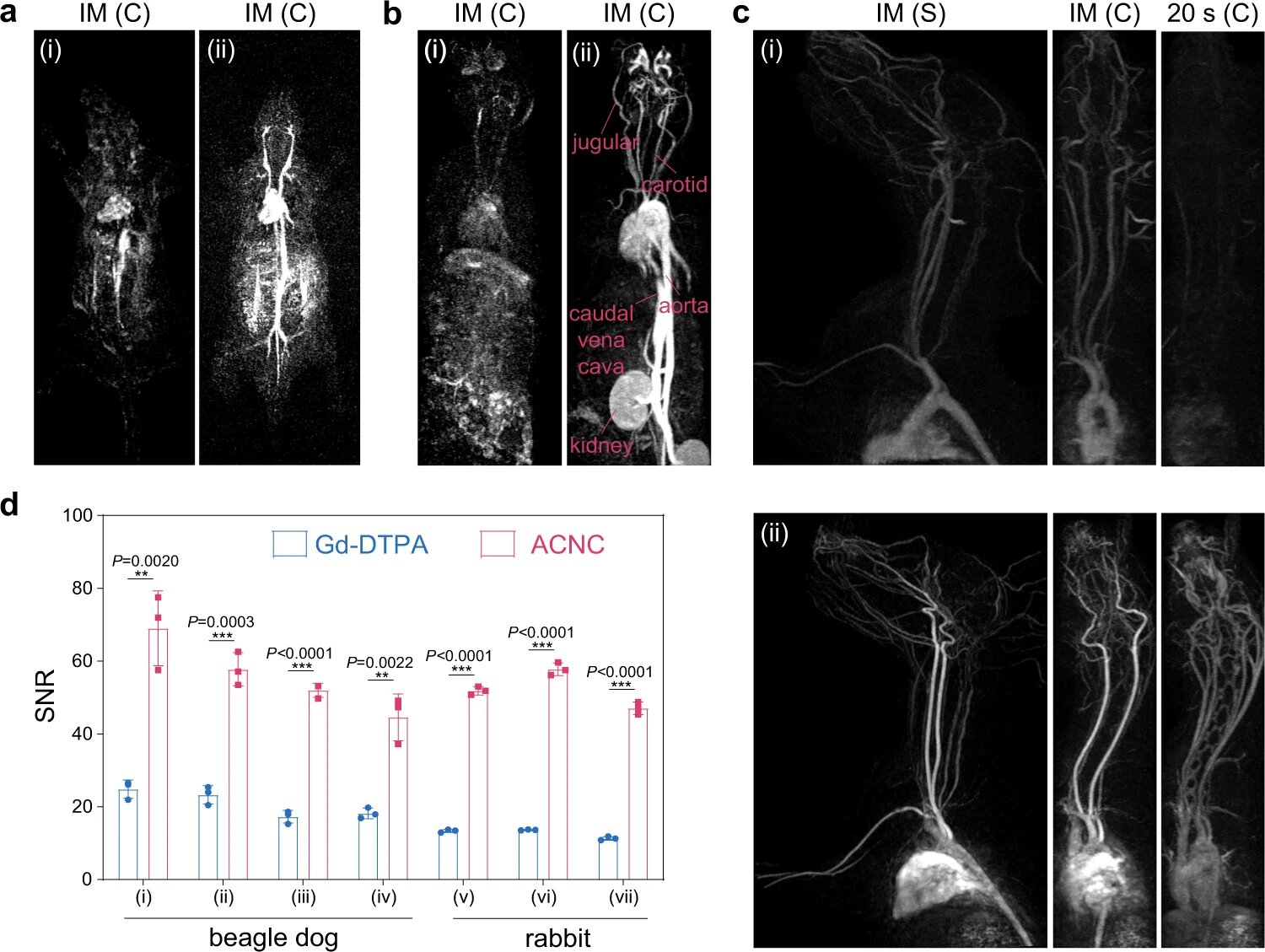 Magnetic resonance imaging (MRI) makes the internal structures of the body visible. However, before people or animals are placed in the “tube”, they are injected with a contrast agent to make visibility possible in the first place.

In the article published in Communications of natureA German-Chinese research team led by Professor Helmut Kölfen, a chemist from Konstanz, Germany, describes how calcium carbonate clusters can be used before nucleation to produce contrast means by enriching them with gadolinium ions. This contrast agent can be produced easily and cheaply, has no toxic properties, and provides three to four times more contrast than conventional commercial contrast agents.

In this context, prenucleation clusters represent a liquid precursor to crystallization. To study in Nature Communications, the researchers added gadolinium ions to the calcium carbonate pre-nucleation clusters. Gadolinium is a very heavy element that provides contrast in magnetic resonance imaging and is also used in commercial contrast media.

The size of these clusters is only one and a half nanometers, that is, one and a half billionths of a millimeter. They have a very high water content 20 percent, which is ultimately responsible for the contrast in magnetic resonance imaging.

Contrast agent from prenucleation clusters provides three to four times more contrast in MRI images compared to the same amount of commercially produced agents. Helmut Kölfen notes another advantage: “From a medical point of view, you can use less contrast material if the contrast is already sufficient.”

For research, it was produced in a volume of two and a half liters. This is a large number for basic science, where work is usually done in the milliliter range. “The chemicals used cost only a few euros,” says Helmut Kölfen. The new contrast agent can be used directly for clinical trials.