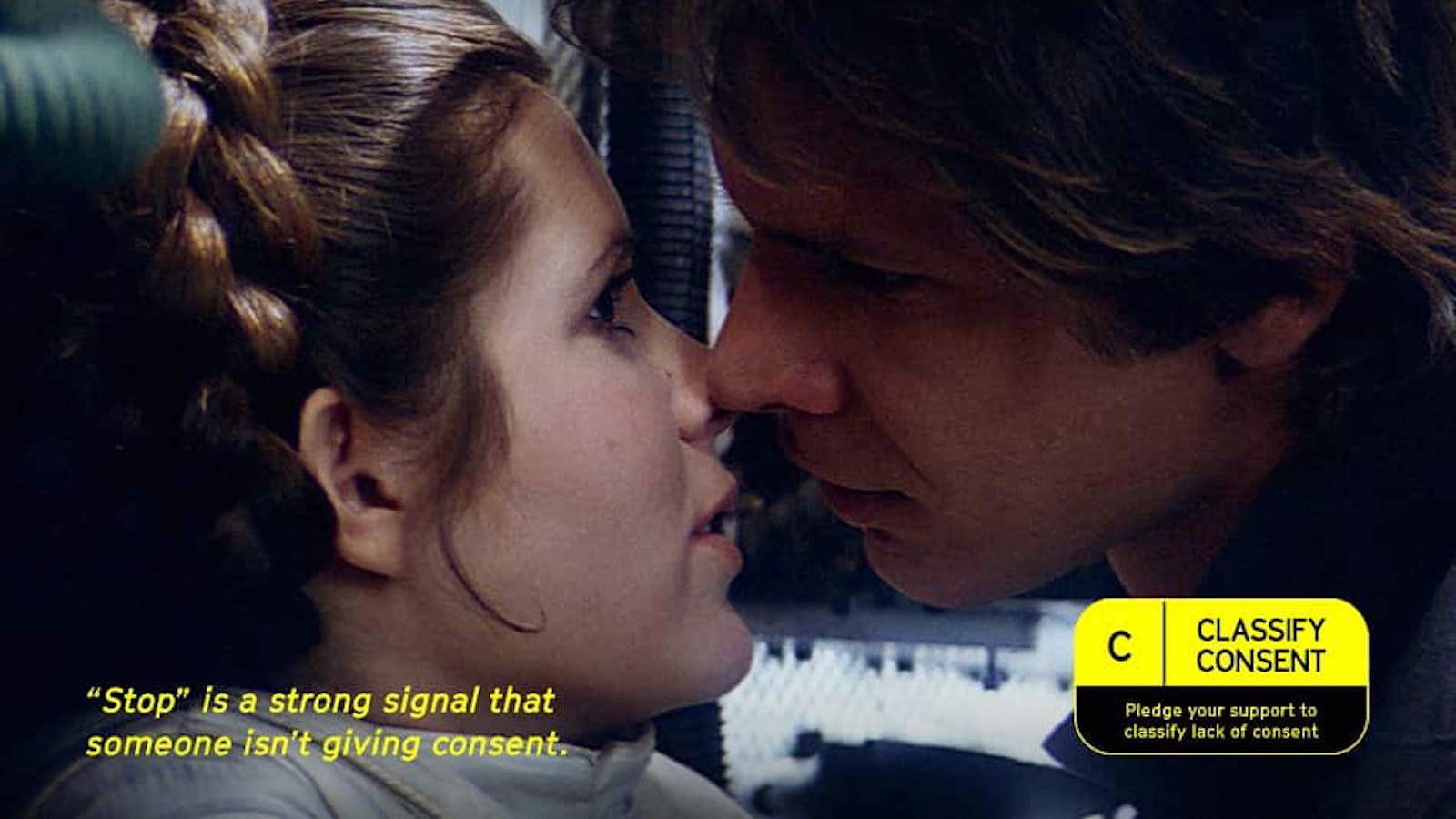 Since the rise of Art The #MeToo movement, people have been campaigning for better education about consent, whether it’s in the Hollywood industry, in our workplace, or even in our schools. And while the government is taking some steps to address these issues, activists believe that perhaps the best way to foster consent is through our use of mass media.

In Australia, a company called #ClassifyConsent. The idea is that, like the country’s media classification guidelines for whether a program is suitable for children, this system will classify whether there is a lack of consent in that part of the media. From children’s films such as Sleeping beauty to TV shows such as Bridgtona small label will appear indicating whether this media is “consensual or not”.

The non-profit organization Consent Labs spoke to SBS Australia about this company. He believes that the media has “normalized” and “romanticized” non-consensual achievement and that this system can help educate young people.

“In almost every rom-com at some point, one person is chasing and the other is playing hard to get.” They may have even said no or looked physically scared or turned off, but the other person is still committed to a sexual act, such as a kiss.

“There’s often romantic music playing in the background and then it turns into a really hot sex scene.

“The lack of consent is very glossed over and completely romanticized.”

According to the Consent Labs website, 3 out of 5 Australians cannot recognize non-consensual acts on screen, and the campaign will help improve education and reduce incidents of sexual harassment and violence.

It exists since 2021 push in Australia to get better education on sexual consent. The campaign, Teach Us Consent, was created to teach other young teenagers how to say no when you’re being forced to do something. Affirmative consent has since been enshrined in law in some states schools are now required to teach appropriate consent education starting from year 10.