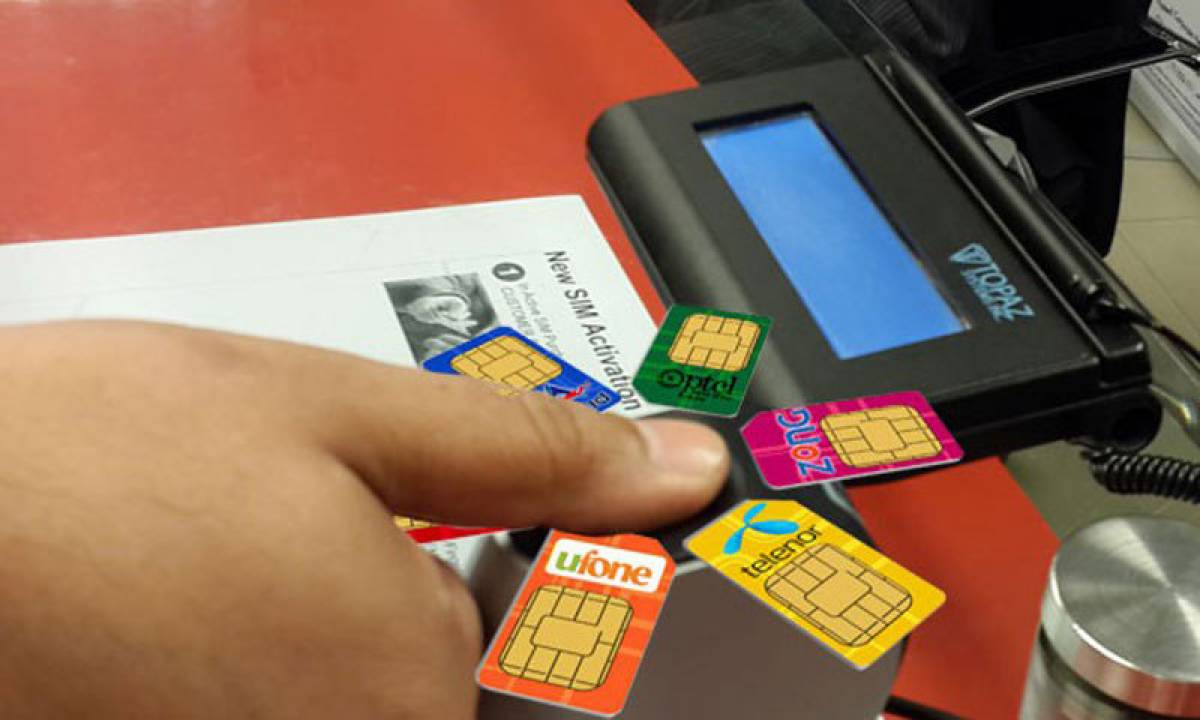 The Pakistan Telecommunication Authority (PTA) has replaced the old biometric verification with the Multi-Finger Biometric Verification System (MBVS) to stop the issuance of illegal SIM cards.

A contract between the National Database and Registration Authority (NADRA) and telecom operators was signed at the PTA headquarters on Friday. Telecom companies will use the Multi-Finger Biometric Verification System (MBVS) to verify the identity of users before issuing a new SIM card. Pakistan Telecommunication Authority (PTA) made the announcement on Twitter.

The old biometric verification devices used by network providers Jazz, Ufone, Telenor and Zong have been updated to meet the requirements of the new system. Officials said MBVS will make it impossible to get a new SIM card with fake fingerprints.

The NADRA chairman said that the new system has immense potential to keep fraudsters and fraudsters at bay. The updated system will randomly request random fingerprints of two separate fingers to stop the rise in fraud.

Telecom providers will now use the Multi-Finger Biometric Verification System (MBVS) to verify the identity of consumers before issuing a new SIM card. NADRA signed a deal with a telecom provider at the PTA headquarters on Friday

The PTA Chairman lauded the efforts of NADRA and Telecom to upgrade their systems to MBVS. He also said that the new approach will help stop the sale of counterfeit SIM cards. All sales offices of network providers including Jazz, Ufone, Zong, Telenor and others are required to replace biometric verification equipment. Through NADRA and cellular mobile operators, the BVS devices available for purchase are compliant with new system (CMOS) standards.

The new biometric verification method will make it more difficult for fraudsters to obtain SIM cards using fake fingerprints. The new system will require multiple fingerprints for authentication (instead of just a thumbprint as in older systems) before providing a duplicate or new SIM card. To reduce human involvement in the process, the system will randomly request two prints of each fingerprint.

Authorities took the initiative as fraudsters managed to bypass the former biometric system designed to identify users before issuing SIM cards. With the new system, it will not be possible to get a new SIM card using fake fingerprints, according to the press release, which mentions that multiple fingerprints will be required to authenticate the new SIM card. To stop the rise in fraud, the updated system will randomly request two separate fingerprints.

The new initiative was launched after thousands of Pakistanis fell victim to cunning fraudsters who conned them and robbed them of their hard-earned money. Fraudsters used fake identities to trick people by sending fake messages, emails and phone calls.

Notably, BVS was implemented in 2014 to offer secure online biometric verification for every SIM-related transaction, assigning a unique sales ID and logging each transaction so that the person responsible for abuse can be identified.