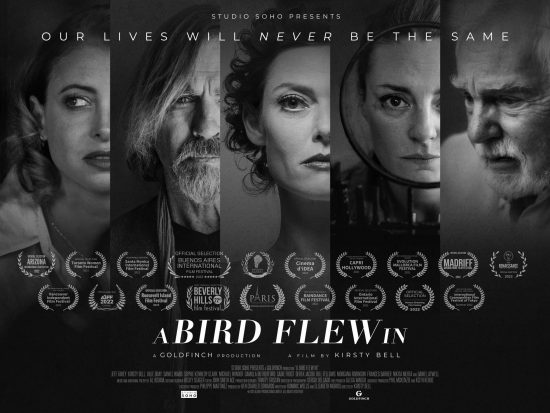 Studio Sokha today announced the launch of a brand new trailer and poster for the British drama The bird flew.

When the UK goes into lockdown, the entire cast and crew of a feature film are sent home – alone. Now there are only actors without an audience, a production team without scenery and directors without a script. Couples break up, others reunite, and some discover they are simply alone – a feature film comprised of seven interconnected stories, The Bird Has Come tells and examines what happens when we free ourselves from external distractions and forced to find meaning in our love and lives.

The bird flew has received critical acclaim after festival screenings at Paris International Film Festival, in Toronto Women’s Film Festival and London Raindance Film Festival where it was nominated for Best Picture in the UK. The film also won awards Best female director and The best Cinematography on Vancouver Independent Film Festival and honorable mention on Santa Monica Film Festival.