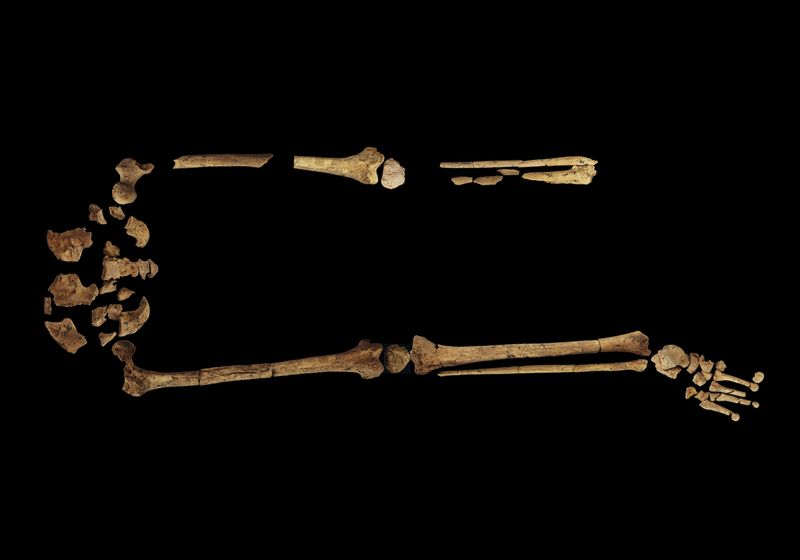 TThe remains of a young adult who lived 31,000 years ago in what is now Borneo show prominent signs of surgical amputation, a study published today (Sept. 7) in Nature reports. The case precedes the previous one the earliest evidence of a complex medical procedure is about 24,000 years old and suggests that the advent of surgery occurred thousands of years before ceramics.

Tim Maloney, an archaeologist at Griffith University in Australia and a co-author of the paper, told a press briefing that the case was “rewriting the history of human medical knowledge and development.” Associated Press reports. This suggests that hunter-gatherers were capable of “quite advanced forms of health care,” says co-author Melandri Vlok of the University of Sydney. A new scientist.

The research team found the remains while working in the Borneo region, known for its Stone Age rock art. The skeleton was mostly intact, but missing the left foot and the lower parts of the left fibula and tibia, the two bones of the lower leg. Both bones ended in an angled incision that healed well with no signs of infection or fractures that occur when the bone is crushed, leading the researchers to conclude that the limb had been amputated. Further examination of the remains revealed that the procedure probably took place six to nine years before the man’s death at the age of 19 or 20.

Alessia Schrenk, an anthropologist at the University of Nevada, Las Vegas, who was not involved in the study, tells the AP that such procedures were previously thought not to have occurred in pre-agrarian societies. “For a long time, health care was thought to be a new invention,” Schrenk wrote in an email to the outlet. “Studies like this paper demonstrate that prehistoric peoples were not left to their own devices.”